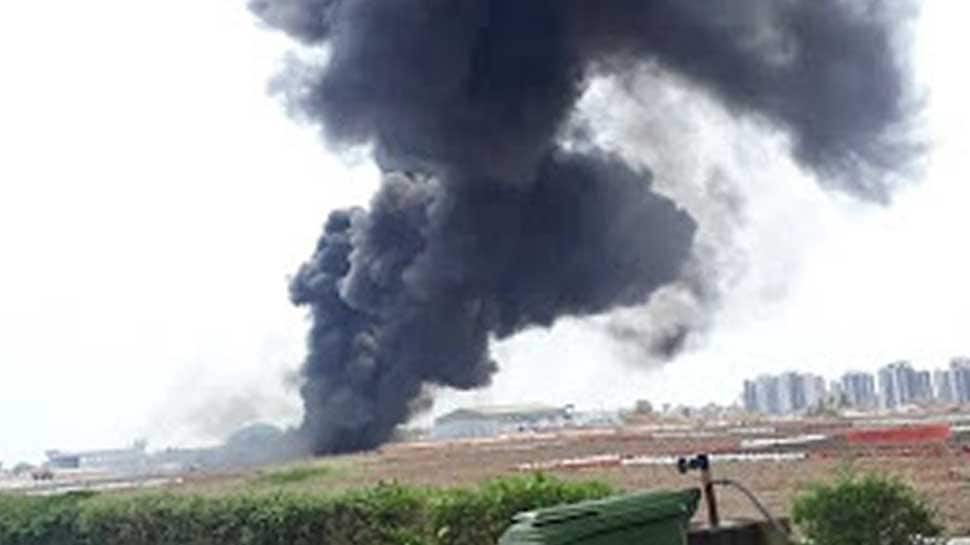 PANAJI: The Goa airport was temporarily closed on Friday afternoon following an incident of fire caused by a drop tank of a naval fighter aircraft.

According to reports, a portion of the main runway of the airport caught fire after a drop tank of a MiG-29K aircraft fell down from the jet while it was taking off around 2 PM.

Confirming the development, Navy spokesperson Capt D K Sharma said all efforts are underway to resume flights at the earliest.

"All efforts are on to resume flight services at the airport as soon as possible," Sharma said.

Sharma said that the airport has been closed for a few hours following the incident.

The Goa airport is used for both civilian and military aircraft.

Latest reports coming in from the area suggested that the flight operations have now resumed at the Goa Airport and the situation fully under control.