​"This is the real sentiment of gratitude and support from the people of Goa towards the historic decision by PM @narendramodi ji and HM @AmitShah ji," Sawant said in a tweet late Monday evening. 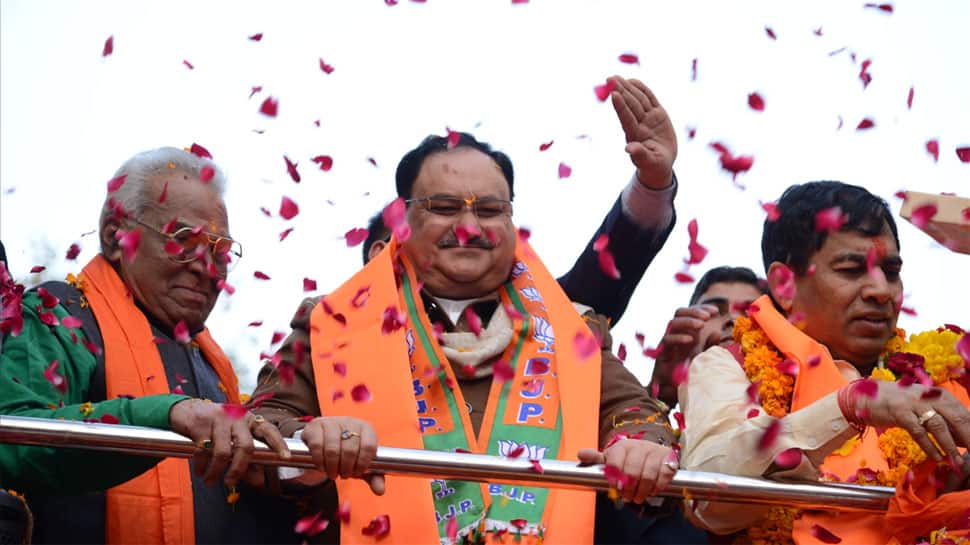 Panaji: The Goa Legislative Assembly has become the first to pass a 'congratulatory motion' in support of the Citizenship Amendment Act (CAA), Chief Minister Pramod Sawant has claimed. Sawant said this reflected the real gratitude of people of Goa towards the "historic decision" taken by the BJP-led central government.

The state Assembly on Monday passed the motion congratulating Prime Minister Narendra Modi and Union Home Minister Amit Shah for enacting CAA, amid a walkout by members of the opposition Congress and Goa Forward Party. "I am delighted that the Goa Assembly has had the privilege of being the first to pass a congratulatory motion in support of #CAA2019.

This is the real sentiment of gratitude and support from the people of Goa towards the historic decision by PM @narendramodi ji and HM @AmitShah ji," Sawant said in a tweet late Monday evening.

BJP Goa president Sadanand Tanavade on Tuesday said the coastal state leads the way in support of the CAA. "Goa leads the way in support of CAA. After a successful, massive rally in Panaji, now the Goa Legislative Assembly has passed a congratulatory motion, supporting the CAA. Sentiments of the Goan people have to be resounded in the assembly. #GoaSupportCAA," Tanavade tweeted on Monday evening.

In the 40-member House, the ruling BJP has 27 MLAs including the speaker, who all were present during the passage of the congratulatory motion, besides two Independent legislators who support the saffron party-led government.

NCP MLA Churchill Alemao, who also supports the state government, was absent. The majority of Catholic MLAs of the BJP supported the motion, which was moved by Atanasio Monserratte and Clafacio Dias on the first day of the Assembly's budget session.

The opposition MLAs in the House include five members of the Congress, three of the Goa Forward Party (GFP), one of the Maharashtrawadi Gomantak Party (MGP) and an Independent.
Members of the Congress and GFP, led by Leader of the Opposition Digambar Kamat, on Monday created ruckus and rushed to the Well of the House demanding that Speaker Rajesh Patnekar disallow the motion. They later staged a walkout saying they had submitted a notice seeking a discussion on the new citizenship law and the proposed country-wide National Register of Citizens (NRC).

The CAA, under which non-Muslim refugees from Pakistan, Bangladesh, and Afghanistan will be given Indian citizenship, came into force from January 10. It was passed by Parliament on December 11, 2019.