Goa BJP in a huddle to discuss strategy, medical teams attend to Manohar Parrikar at his home

The private residence of Goa Chief Minister Manohar Parrikar is under a blanket of security and orders have been given orders not to allow any person to even wait or stand at the nearby premises. 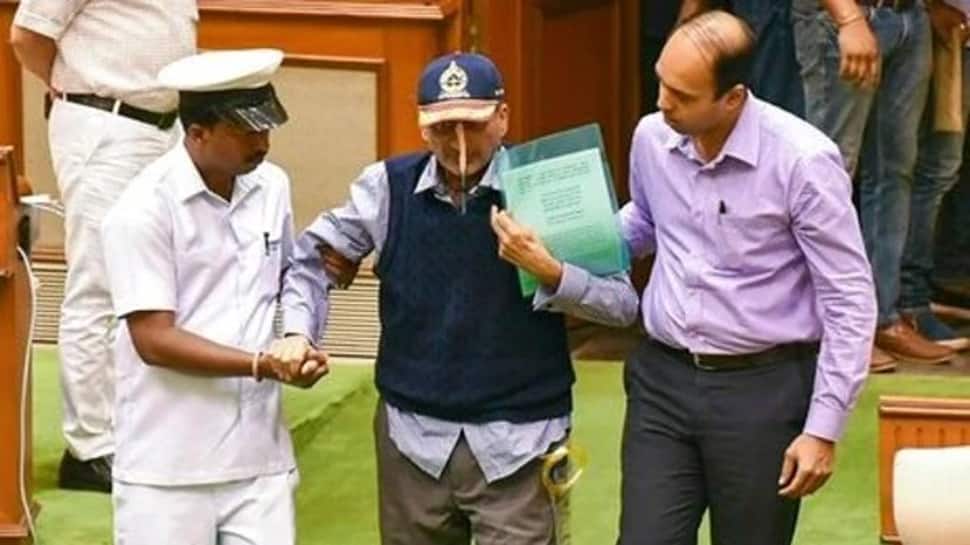 PANAJI: Top leaders of the Bharatiya Janata Party (BJP) met on Sunday at the party office in Goa to discuss the future course of action after the Congress on Saturday sent a memorandum to the Governor staking claim to form a government. Former Ex Goa CM Laxmikant Parsekar is also present at the party state office to attend the crucial meeting.

In the meeting, the state election committee has finalised the names of the candidates for 2 Lok Sabha seats and 3 for the assembly bypolls. The names will be shared with the party's parliamentary committee which will make the official announcement on 18 March.

Meanwhile, the private residence of Goa Chief Minister Manohar Parrikar is under a blanket of security. Security officials have been given orders not to allow any person to even wait or stand at the nearby premises.

Medical equipment has been taken inside the residence where Goa CM is said to be under treatment.

Amid reports of Parrikar's ill-health, BJP leader Dayanand Mandrekar said that the party should take a decision on replacing the CM as he is not well. "Had Manohar Parrikar been fit, there wouldn't have been a need to change the leader but his health is very critical now, deteriorating day after day. Party should take some decision. From Centre to Goa, some decision should be taken. I think it'll be done," he was quoted by ANI.

The Congress had in a letter to Goa Governor Mridula Sinha, demanded the dismissal of the BJP-led dispensation. Leader of Opposition Chandrakant Kavlekar in the letter said, "Consequent upon the sad demise of Francis D'Souza, MLA who was belonging to the BJP, it is humbly submitted that incumbent BJP led state government under the leadership of Manohar Parrikar, which has long lost the trust of the people, has also lost the strength of the House".

The strength of the Goa Assembly has reduced from 40 to 37 after the death of D'Souza and resignation of two MLAs - Subhash Shirodkar and Dayanand Sopte. While the Congress currently has 14 MLAs, down from 16 after Sopte and Shirodkar left it to join the BJP, the latter has 13 MLAs. Three MLAs each of the Goa Forward Party, MGP and an Independent and the lone NCP legislator are supporting the BJP.

Bypolls to the seats previously held by Sopte, Shirodkar and D'Souza are to be held along with Lok Sabha polls in the state on April 23.

After Congress stakes claim to form government in Goa, BJP calls meeting of its state MLAs