The Chief Minister, who was diagnosed with a pancreatic ailment, has been in and out of hospitals in Goa, Mumbai Delhi, and New York since February last year. 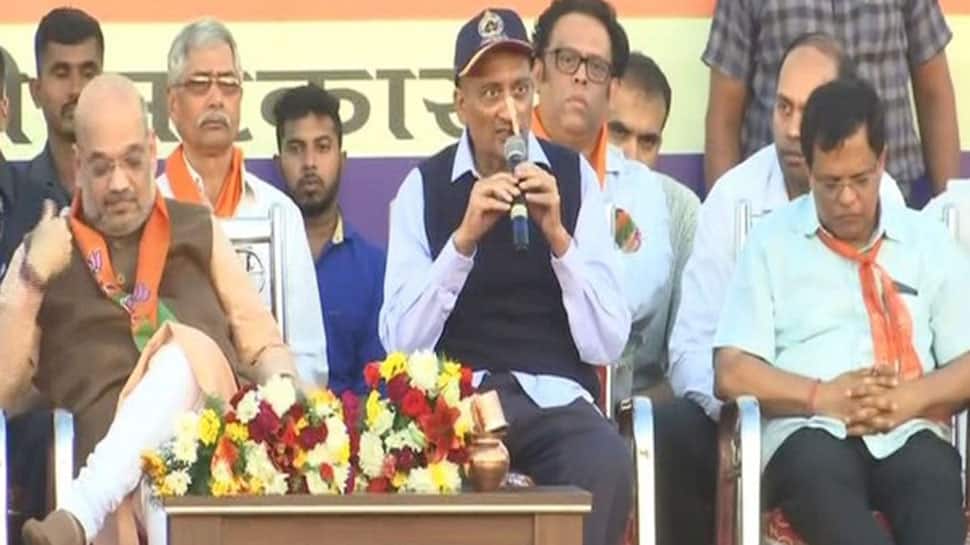 Panaji: Ailing Goa Chief Minister Manohar Parrikar is suffering from 'advanced-stage cancer', but he is still working for the people of the state, state Cabinet Minister Vijay Sardesai has said.

Talking to reporters here on Sunday, Sardesai, who is Goa's Town Planning Minister, said that he will meet Parrikar to thank him for releasing funds for a cemetery and for getting another work sanctioned.

"I am going (to meet Parrikar) and get the work sanctioned. Once again, it is going to show that in spite of suffering from cancer, which is at an advanced stage, the Chief Minister is working for the people. We are also pushing to fulfil the commitments that we gave to the people of the state," he said.

Sardesai recalled that he had attended a conference on cancer awareness as the chief guest and said, "Cancer is such a disease, it cannot only kill the dreams of an individual and his family, but it can kill the dreams of the state."

"There (at the conference), I gave the example of our honourable Chief Minister. We tied up with him and in no aspect of our political calculation we ever imagined that he could get cancer. So, it could have killed our dreams. But God is great and has given him the strength to carry on his good work," he added.

On Sunday, Parrikar underwent a check-up at the state-run Goa Medical College and Hospital (GMCH), and was later allowed to go home as his health condition is stable, said an official of the Chief Minister's Office.

The Chief Minister, who was diagnosed with a pancreatic ailment, has been in and out of hospitals in Goa, Mumbai Delhi, and New York since February last year.

Last month, he was admitted to the state's Medical College for upper gastrointestinal endoscopy.

Dispelling rumours about Parrikar's condition, state Health Minister Vishwajit Rane had earlier said that the Chief Minister was doing well and his health condition was stable.

Parrikar, who has made public appearances, was seen wearing medical paraphernalia--a nasogastric tube -- while attending a session of the Goa Assembly.

Ailing Manohar Parrikar hospitalised in Goa for 'tests and examinations'