Sudin Dhavalikar was allotted portfolios of Transport and Public Works which would be now looked after by Sawant. 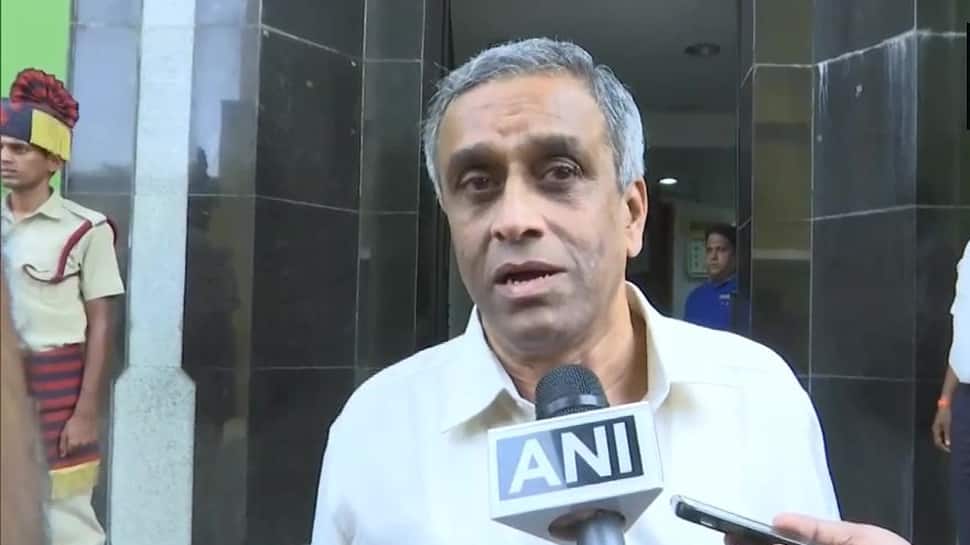 PANAJI: Within a week of joining the Goa Cabinet, deputy CM Sudin Dhavalikar was dropped after two MLAs of Maharashtrawadi Gomantak Party (MGP) merged their party's legislative wing with the Bharatiya Janata Party (BJP). Dhavalikar was the lone MGP MLA who did not break away from the party.

Sawant said that the decision on filling up the vacant seat will be taken soon. Dhavalikar was allotted portfolios of Transport and Public Works which would be now looked after by Sawant.

Stunned by the overnight development, Dhavalikar called it "dacoity by chowkidars". "People are stunned the way, in the middle of the night, chowkidars conducted dacoity on MGP. People are watching and they will consider their course of action," Dhavalikar said. He claimed the Maharashtrawadi Gomantak Party was an outfit of the masses and would not be eliminated by such moves.

In a late night development in Goa, two of the three MGP MLAs had merged their party's legislative wing with the BJP. The mid-night political drama has increased the strength of the BJP from 12 to 14 in the 36-member House, bringing them at par with opposition Congress which has an equal number of MLAs on the floor.

Soon after merging with the BJP, Ajgaonkar hailed Prime Minister Narendra Modi's leadership. "The next government will be formed by BJP because wherever he (PM Modi) goes, people say Modi, Modi. Because of Modi, BJP has developed in Goa," he said. He added that he took the decision to merge with the BJP as he was unsure of what would happen to him in the MGP. "As a Dalit, I was unsure of my existence in MGP. Bahujan Samaj leaders like Lavu Mamledar were sacked from MGP," he said.

Another MLA Pauskar also said that he was hopeful of getting a ministry in the Cabinet. "We have happily joined BJP. Oath-taking ceremony will take place at 12 PM (today) in the presence of Goa Governor. We will accept whatever ministry will be given to us by Goa CM," he said.