The joint operation was conducted by the Anti-Terrorist Squad, Indian Coast Guard and the Marine Task Force. 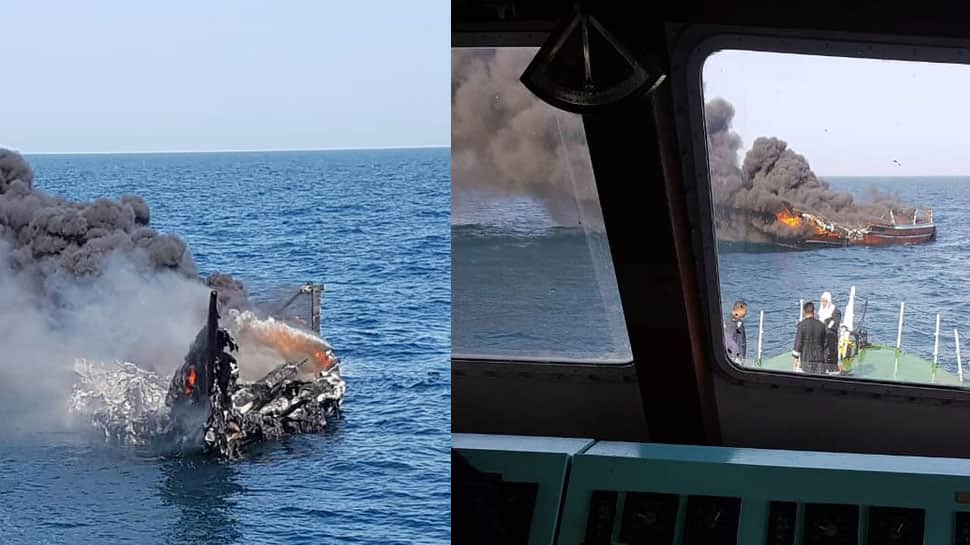 Gandhinagar: The Indian marine forces intercepted a boat carrying 100 kilograms of heroin and arrested nine Iranian nationals in a joint operation conducted off the Gujarat coast, said reports on Saturday.

According to news agency ANI, the joint operation was conducted by the Anti-Terrorist Squad, Coast Guard and the Marine Task Force.

The Iranians smugglers, arrested by the Indian marine forces, set their boat on fire in order to destroy evidence.

The rescuers tried to douse the fire but failed.

The boat, which was being used to smuggle heroin, later sank in the deep water.

The nine Iranians were immediately arrested and taken for interrogation.

It may be recalled that the Gujarat Anti-Terrorist Squad (ATS) had last month seized 5 kg heroin from a boat off the Porbandar coast.

In a statement, the ATS said that the consignment was to be received by an Indian fishing boat and further to be brought to the Indian coast.

The heroin syndicate originated from Pakistan and obtained opium from Afghanistan which was then converted into heroin.

The Pakistani syndicate was forced to find new routes to smuggle heroin outside that country because of increased vigil by a Combined Task Force-150 (a multi-national coalition naval task force) in the North Arabian Sea and Horn of Africa area, the ATS said.