Over 250 terrorists killed in IAF airstrikes against JeM in Pakistan, claims Amit Shah

In the wee hours of February 27, the anti-terror operations carried out by the IAF targeted camps of Jaish-e-Mohammad in Pakistan's Balakot. 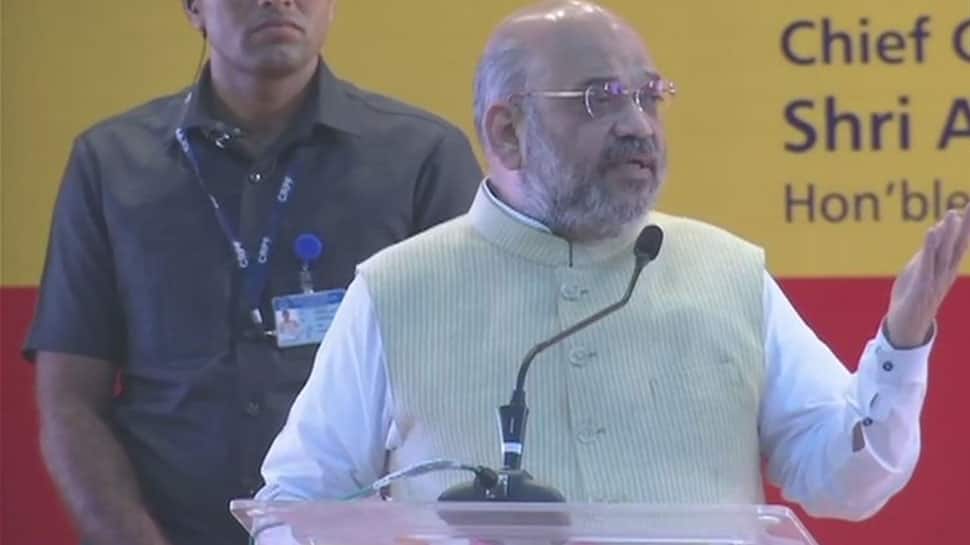 Ahmedabad: In a stern response to opposition's claim over airstrikes conducted by the Indian Air Force, BJP president Amit Shah on Monday said that more than 250 terrorists were killed after the Indian fighters pounded terror camps in Pakistan on the 13th day of the ghastly Pulwama attack by a Jaish-e-Mohammad suicide bomber in which 40 Central Reserve Police Force (CRPF) personnel were martyred..

Addressing the 'Lakshya JITO' programme in Ahmedabad, Shah mentioned about the two major terror strikes which were conducted in the last five-year tenure of the NDA government, outlining the Centre's response against them.

"In 5 years two major incidents happened...ln URI and Pulwana after Uri attack our army entered Pakistan and did a surgical strike and took revenge of our soldiers' death."

"After Pulwama attack, everyone thought surgical strike can't be done this time..now what will happen? At that time Prime Minister Narendra Modi-led central government did an airstrike on the 13th day and killed more than 250 terrorists without any harm on our side," Shah said.

A day after the major aerial operation was conducted, West Bengal Chief Minister Mamata Banerjee had asked the Centre to spell out 'details' of the exact place where the air raid was carried out and the casualties inflicted. She further stated that the international media had claimed that there was no damage in the strike.

In the wee hours of February 27, the anti-terror operations carried out by the IAF targeted camps of dreaded terror outfit - Jaish-e-Mohammad - in Balakot in Pakistan's Khyber Pakhtunkhwa.

A day later, India foiled an attempt by Pakistan Air Force to carry out strikes in Jammu and Kashmir by shooting down an F-16 fighter jet.

While India has been providing proofs to Pakistan against terror groups supported by the Pakistani Army and its notorious intelligence agency Inter-Services Intelligence at regular intervals, the neighbouring country has failed to act against the insurgents.

PM Modi on 2-day visit to Gujarat on Monday; to flag off metro, launch several projects