Patel was travelling along with his aides in his Fortuner when his SUV collided with a bike on the Rajkot-Chotila Highway.

Patel was travelling along with his aides in his Fortuner when his SUV collided with a bike on the Rajkot-Chotila Highway.

The biker sustained minor injuries in the road accident.

Hardik Patel and his supporters reportedly entered into an argument with the Rajkot Police over the recording of statement after the road accident. 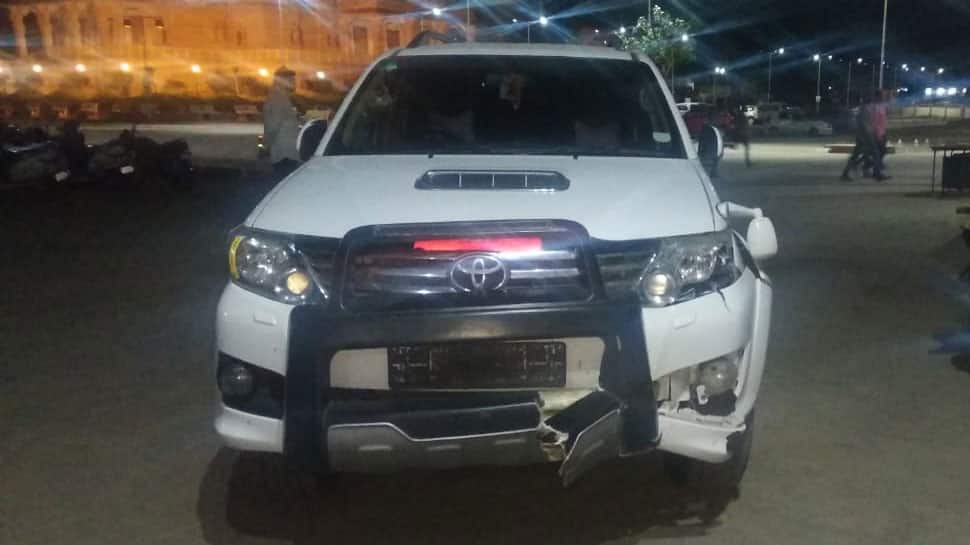 The PAAS leader, however, left for Ahmedabad in another car after the incident.

More details are awaited in this regard.

Patel had on Thursday announced that he will join the Congress party on March 12.

He said that he would contest the upcoming Lok Sabha elections on the party's ticket from Gujarat's Jamnagar constituency.

"I will join the Congress party on March 12 during the Congress Working Committee (CWC) meet in Ahmedabad and will contest from Jamnagar," Hardik Patel said.

UPA chairperson Sonia Gandhi, Congress president Rahul Gandhi and party leader Priyanka Gandhi, who will be in Gujarat to attend the party's meeting, would welcome the leader into the party.

The Jamnagar Lok Sabha seat is currently represented by Poonamben Maadam of the Bharatiya Janata Party.