PM Modi will lay the foundation stones of Shikshan Bhavan and Vidhyarthi Bhavan at the Annapurna Dham Trust in Adalaj. 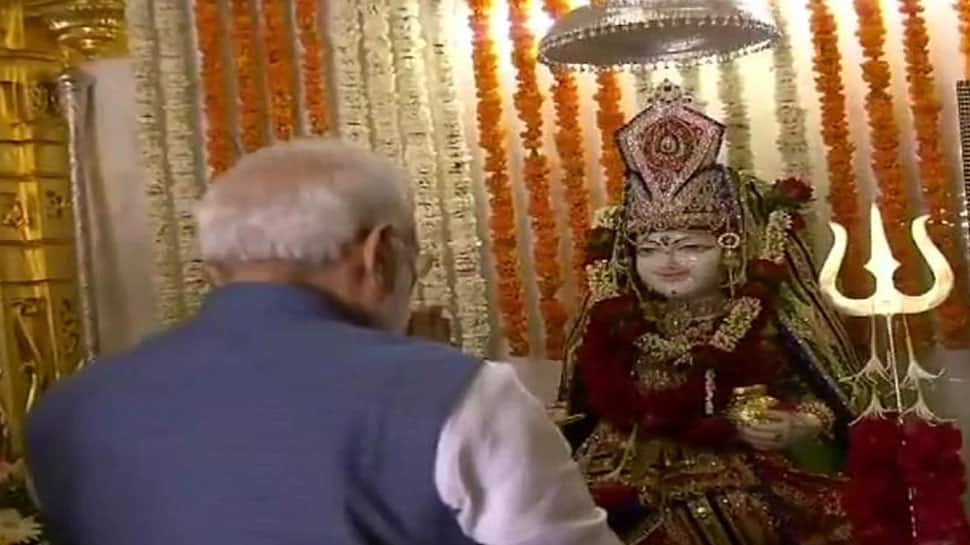 Ahmedabad: Prime Minister Narendra Modi on Tuesday offered prayers at Shree Annapurna Dham in Adalaj in the Gandhinagar district of Gujarat. PM Modi will lay the foundation stones of Shikshan Bhavan and Vidhyarthi Bhavan at the Annapurna Dham Trust in Adalaj.

On the second day of his Gujarat visit, the PM is scheduled to visit Vastral in Ahmednagar to launch PM-SYM, a voluntary and contributory pension scheme for workers in unorganised sector with a monthly income of up to Rs 15,000.

PM Modi will oversee the online transfer of benefits to some beneficiaries and then distribute PM-SYM Pension Cards.

He will also the foundation stone of Jodiya Desalination Plant and Und-3 to Venu-2 Lift Irrigation Scheme.

Later in the day, PM Modi will also launch railway projects including conversion of rail tracks to broad gauge.

He is also scheduled to flag off the Bandra-Jamnagar Humsafar Express in Jamnagar in the evening.

PM Modi is on a two-day visit to Gujarat from Monday.

Dubbed as ‘One Nation One Card’, the inter-operable transport card would allow the holders to pay for their bus travel, toll taxes, parking charges, retail shopping and even withdraw money.

Don't you trust what our armed forces say: PM Modi asks people amid opposition raising doubts on airstrikes in Pakistan