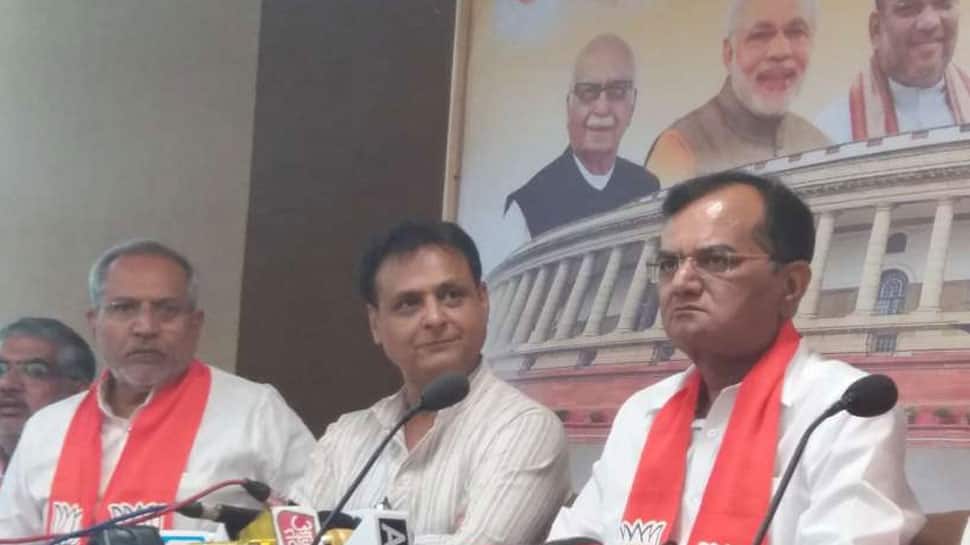 GANDHINAGAR: Three Gujarat legislators will take oath as minister in the Vijay Rupani-led BJP government in the state on Saturday.

Among those who will be administered the oath of office and secrecy are – Jawahar Chawda, Yogesh Patel and Dharmendra Sinh Jadeja.

In a big setback to the Congress party in Gujarat, two of its MLAs had tendered their resignations on Friday.

Jawahar Chavda, who is MLA from Manavadar, tendered his resignation to Gujarat Assembly Speaker Rajendra Trivedi.

Parsotam Sabariya, who represents Dhrangadhra seat in Morbi district, gave his resignation in the evening.

Chavda later joined the BJP at the party's headquarters in Gandhinagar, while Sabariya said that he will join the saffron party soon.

Sabariya was arrested in October last year in connection with the irrigation scam. He was granted bail in February by the Gujarat High Court.

55-year-old Chavda is a four-time MLA. He was inducted into the party by state Home Minister Pradeepsinh Jadeja and senior party leader KC Patel.

Chavda, who is a prominent OBC leader from Ahir community, also resigned from the primary membership of the Congress.

He sent a letter to Congress president Rahul Gandhi to inform him about his decision.