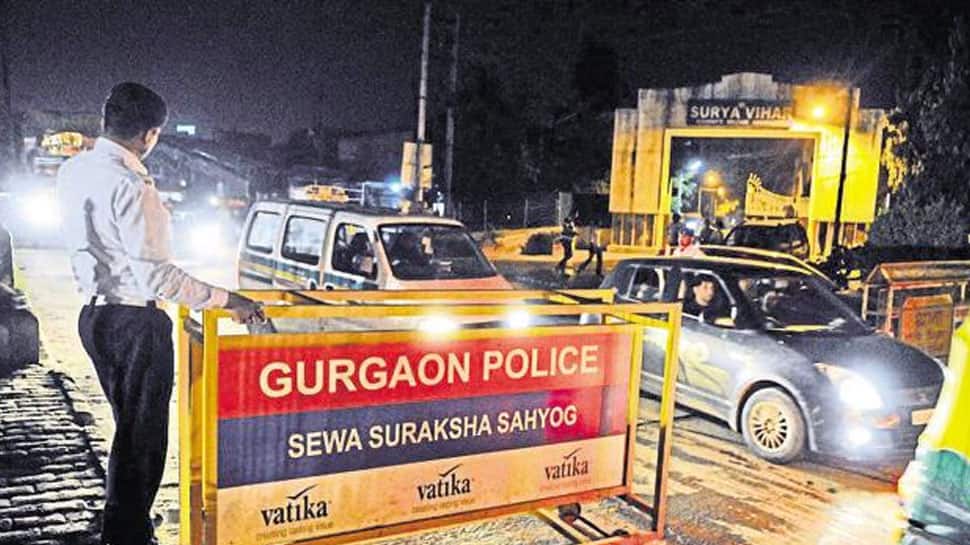 Gurgaon: Thieves in the millennium city of Gurgaon are employing novel tactics to carry out their business: exploiting the cover of dense fog and wearing Santa Claus mask to avoid being recognised, even through CCTV footage.

On Friday morning, a group of 10 thieves targeted 14 commercial establishments in the Khandasa road area and escaped with cash and valuables worth lakhs of rupees, a police officer said.

They struck 10 shops in a commercial complex at Khandsa road, just 500 metres away from ACP Shivaji Nagar office, and four shops and two banks at old jail complex, not more than 300 metres way from police commissioner office, the police officer said.

They tried to drill a hole in the wall of the UCO Bank and the IndusInd Bank branches there but failed to execute their plans after the residents of adjoining houses woke up due to the noise of the machine.

"We believe that it would be a handy work of probably two gangs which utilised the low visibility to commit crime at two different places," the officer said.

The shop owners got to know about the incident on Friday morning when they came to open shops.

They were shocked to find that locks of their shutters were broken.

"We have lost valuables worth at least Rs 50 lakh. The thieves are more thoughtful in their approach in committing crimes compared to crime prevention efforts of the Gurgaon police. Lack of police patrolling in the area is also a reason for these incidents," alleged Sanjeev Kumar, a shop owner at Khandsa road.

Mohan Lal, the manager of UCO bank at old Jail Complex, said that bike lifting is a common thing in the area but a theft bid in banks is a serious issue.

"Learning lesson from this incident, we will deploy additional private security guards in the night and urge local police to increase patrolling in the area," Lal said.

ACP of city police station Rajiv Kumar said, "We have registered an FIR against two unknown thieves who are caught in one of the CCTV cameras in Khandsa road market. However, their faces are not visible as they were wearing the mask of Santa Claus."

During the investigation, it came to light that thieves used gas-cutter, iron rod to cut shutters and drill machines to make holes in the wall.

The police have not much evidence apart from CCTV footage at one place.

As per the CCTV footage, the two thieves visible in the recording, arrive around 3.30 AM and stayed at least 45 minutes to cut the shutters of shops. They stole cash, laptops, mobile phones, fire fighting equipment and other valuables from different shops in these two places, police said.