The CEC meeting was delayed as the Prime Minister was away in the United States for more than a week and returned on Saturday evening. 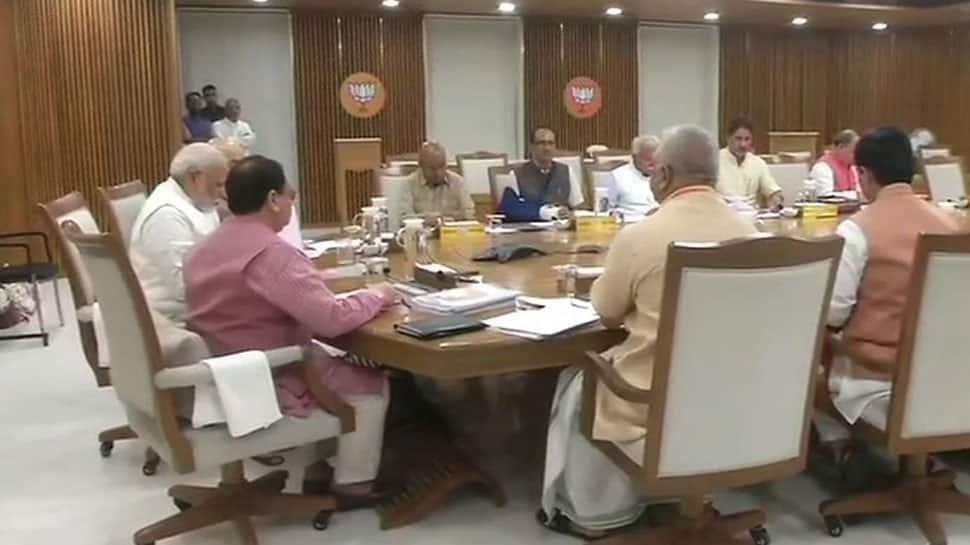 NEW DELHI: The Central Election Committee of the Bharatiya Janata Party (BJP) on Sunday brainstormed to finalise names of candidates for contesting the upcoming assembly election in Haryana.

The CEC meeting was delayed as the Prime Minister was away in the United States for more than a week and returned on Saturday evening.

The meeting, which was held at the BJP headquarters, was chaired by Prime Minister Narendra Modi. BJP chief Amit Shah, party working president JP Nada and other top leaders of the party were also present.

The saffron leadership is likely to announce its first list of candidates for Haryana Assembly election after the Central Election Committee (CEC) meeting gets over.

During the meeting, the BJP central leadership is expected to deliberate with the state unit leaders of Haryana and Maharashtra before finalising the names of party candidates..

According to informed party sources, only the names of candidates for Haryana will be released today as BJP is yet to reach an agreement with its ally Shiv Sena in Maharashtra.

Sources further said that new entrants in the party in Haryana and Maharashtra would also be considered while distributing tickets.

Among those who are likely to be given tickets are Olympic wrestler Yogeshwar Dutt, former hockey captain Sandeep Singh and women wrestler Babita Phogat in Haryana.

All these former sportspersons had recently joined BJP. Wrestler Dutt is likely to get ticket from Sonepat.

Babita Phogat, who joined BJP along with her father recently, has also expressed her desire to contest elections and may be fielded by the party.

Source also state that mass leaders who joined from Congress and NCP in Maharashtra will also be given tickets.

The saffron party has little time left, as the Election Commission has fixed October 4 as the last date for filing nominations.

The BJP, which is in power in both the states, has announced that it wishes to repeat its incumbent Chief Ministers, should it return for the second term.

The 90-member Haryana Assembly and 288-member Maharashtra Assembly will go to the polls on October 21, while the results will be declared on October 24.