Tej Bahadur Yadav joined the party less than a month before Haryana holds assembly elections in the state. 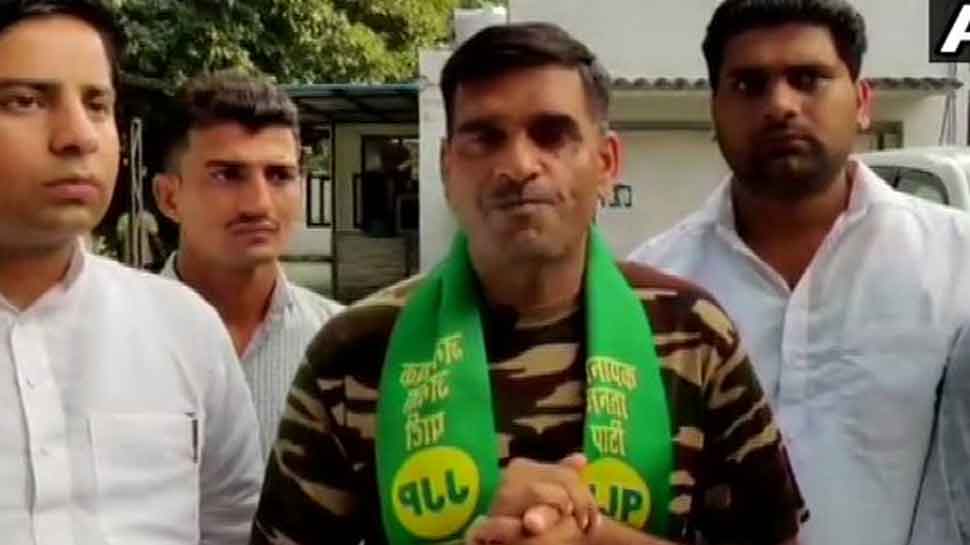 New Delhi: Former BSF constable Tej Bahadur Yadav, who was dismissed from the service after he put up a video showing poor food quality being served to jawans, joined the Jannayak Janata Party in presence of Dushyant Chautala on Sunday.

Tej Bahadur Yadav joined the party less than a month before Haryana hold assembly elections in the state.

Delhi: Tej Bahadur Yadav (BSF constable who was dismissed from service after he had released a video in 2017 on quality of food served to soldiers) joined Jannayak Janata Party (JJP) in presence of JJP leader Dushyant Chautala today. pic.twitter.com/29xMDjZUaB

Earlier, during the 2019 Lok Sabha elections, he filed his nomination papers from Varanasi seat against PM Narendra Modi. However, his nomination was rejected by the Election Commission of India over discrepancies found in his documents.

Yadav was dismissed from his post in 2017 after he made a video about the quality of food served to security forces. Yadav had uploaded videos on his all social media accounts complaining that poor quality food was being served to the soldiers serving at the border in Jammu and Kashmir. Following an uproar, he was immediately dismissed from the service.

Justifying his dismissal, the Centre in 2018 had told the High Court that a video he posted on the quality of food being served to security personnel 'could have led to mutiny among the armed forces'.