Former Haryana unit chief Dr Ashok Tanwar has been denied ticket by the party to contest the upcoming assembly election. 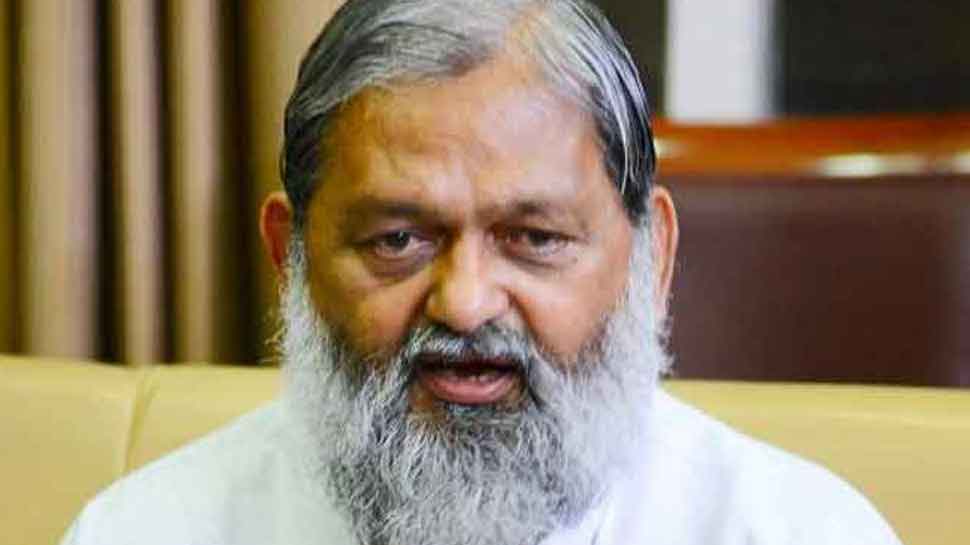 Ambala: Amid reports of widening rift within the Haryana Congress, BJP leader Anil Vij has alleged that the state unit of the Congress party is divided into groups. "Despite making efforts, all these groups cannot be merged into one," Vij, who is also a minister in the Haryana government, said.

He made these remarks while responding to a question about Congress' former Haryana unit chief Dr Ashok Tanwar, who was denied ticket to contest the upcoming assembly election here.

Tanwar had staged a protest outside 10, Janpath on Wednesday alleging that he worked for the party in Haryana in the last five years and the party has neglected him by giving tickets to those who have recently joined the Congress.

Addressing the Congress workers protesting outside the residence of party president Sonia Gandhi in New Delhi, Tanwar said, "I have worked hard for years. The people who joined the party 15 days ago are being given tickets by the party."

Tanwar further alleged that the ticket for Sohna assembly seat in Gurugram was "sold for Rs 5 crore."

Former Haryana Congress Chief Ashok Tanwar outside Congress HQ in Delhi: The ticket for Sohna assembly seat was sold for Rs 5 Crores. We will fix the situation. If ticket distribution has been unfair then how those who have been chosen will win? pic.twitter.com/crrqGAxOl3

He said the leadership in the state has been destroyed.

"We have remained dedicated to the party. Why do you have to give tickets to those who recently joined the party, but were critical of the party earlier," he asked.

The disgruntled Haryana Congres leader claimed that he was approached to join the BJP six times in the last three months, but he turned down the offer as he is "not hungry of power."

"I had personal issues with Randeep Singh Surjewala but I set aside all those differences for the party's sake," he added.

Tanwar said that the incumbent BJP government led by Chief Minister Manohar Lal Khattar did not win the election on its own and it was the Congress leaders who helped the BJP win the 2014 Assembly election. He added that 14 sitting BJP MLAs were once with the Congress and 7 BJP MPs in Haryana have Congress background.

Tanwar's caustic remarks against the Congress central leadership has brought in the open the ongoing infighting within the Haryana Congress and is likely to favour BJP in the upcoming election.

The Assembly election in Haryana is scheduled to take place on October 21 and the counting of votes is on October 24.