The President said the entire nation was grieving along with the bereaved families of the jawans killed in the attack. 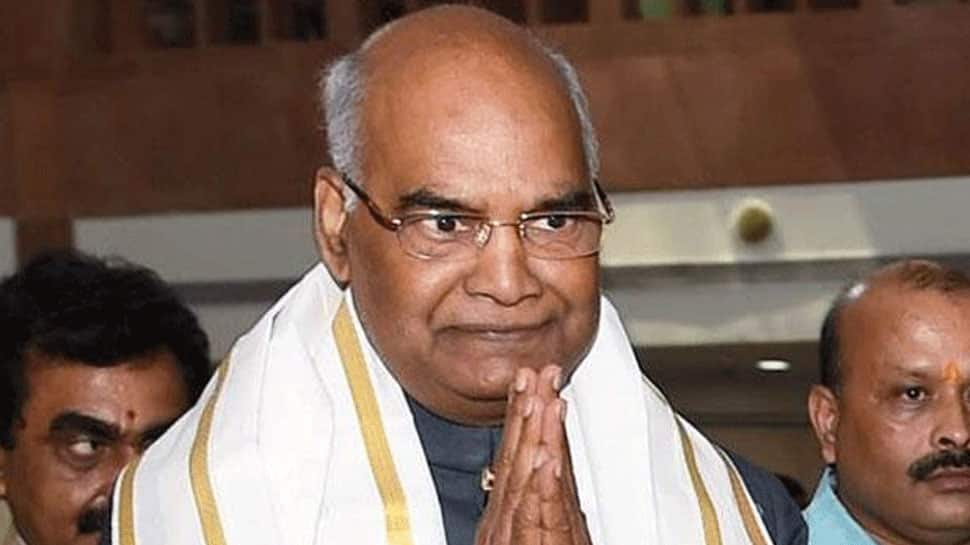 Sonipat: President Ram Nath Kovind on Sunday described the Pulwama terror attack as a cowardly act in which 40 paramilitary personnel were killed and said the nation has faced such challenges with courage and patience.

"Three days ago, many of our brave jawans were martyred in a cowardly terror attack. Along with my countrymen, I strongly condemn this barbaric act," he said at the closing ceremony of the fourth Agri Leadership Summit organised by the Haryana government here.

The President said the entire nation was grieving along with the bereaved families of the jawans killed in the attack. "On behalf of the entire country, I pay my tributes to the martyrs," he said.

"We have faced such challenges with courage and patience," he said, adding that while facing these challenges, we have marched on with full vigour and will do so in the future as well.

"On behalf of the entire country, I express gratitude towards our brave jawans and security forces," Kovind said.

Forty CRPF personnel were killed and five injured on Thursday in one of the deadliest terror attacks in Jammu and Kashmir when a suicide bomber rammed a vehicle carrying explosives into their bus in Pulwama district. The bus was part of a convoy of 78 vehicles carrying CRPF personnel from Jammu to Srinagar.