IBD is becoming more common, particularly in Europe, the US and other parts of the world undergoing rapid economic development, increased sanitation, and more frequent use of antibiotics. 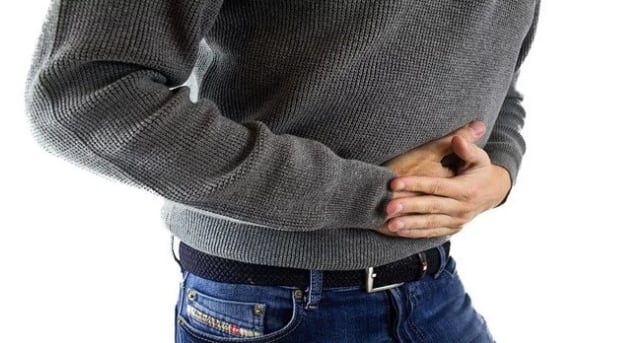 Washington: A team of researchers discovered that the use of antibiotics with a greater spectrum of microbial coverage may be associated with an increased risk of new-onset inflammatory bowel disease (IBD) and its subtypes ulcerative colitis and Crohn`s disease.

The study led by researchers at Karolinska Institutet in Sweden and Harvard Medical School in the United States was published in the journal- `The Lancet Gastroenterology and Hepatology`. The association between antimicrobial treatment and IBD remained when patients were compared with their siblings.

IBD is becoming more common, particularly in Europe, the US and other parts of the world undergoing rapid economic development, increased sanitation, and more frequent use of antibiotics. With a growing appreciation for the gut microbiome`s role in maintaining human health, concern has risen that antibiotics may perturb and permanently alter these fragile microbial communities.

This could potentially impact the risk of gastrointestinal disease. In what is the largest study thus far linking antibiotic therapy and risk of IBD, researchers in Sweden and the US were able to more definitively demonstrate that more frequent use of antibiotics was associated with the development of IBD and its subtypes, ulcerative colitis and Crohn`s disease.

"I think this affirms what many of us have suspected--that antibiotics, which adversely affect gut microbial communities, are a risk factor for IBD," said lead author, Dr Long Nguyen at Massachusetts General Hospital and Harvard Medical School, Boston, US.

"However, despite this compelling rationale and seemingly intuitive presumption, there have been no population-scale investigations to support this hypothesis until now." Through the Epidemiology Strengthened by histoPathology Reports in Sweden (ESPRESSO) study, the researchers identified almost 24,000 new IBD cases (16,000 had ulcerative colitis and 8,000 Crohn`s disease) and compared them with 28,000 siblings, and 117,000 controls from the general population.

Prior use of antibiotics (never vs ever) was associated with a nearly two-times increased risk of IBD after adjusting for several risk factors. The increased risk was noted for both ulcerative colitis and Crohn`s disease with the highest estimates corresponding to broad-spectrum antibiotics.

According to the researchers, earlier studies in the field have been small, and few have had a follow-up beyond a few years. In contrast, the researchers in this study were able to enroll all consecutive, eligible patients with new-onset IBD from a population-based register over a ten-year study period, limiting selection bias.

"In Sweden, there is universal medication coverage with virtually complete information on all drug dispensations, including antibiotics, minimizing ascertainment bias," said senior author, Professor Jonas F Ludvigsson, a pediatrician at Orebro University Hospital, and professor at the Department of Medical Epidemiology and Biostatistics, Karolinska Institutet.

"This makes Swedish registers ideal for the study of risk factors for IBD."IBD affects nearly 1 per cent of the Swedish population and can have a substantial effect on patients` life. It has been linked to an increased risk of both death and cancer."To identify risk factors for IBD is important, and ultimately our aim is to prevent the disease," Ludvigsson added.

"Our study provides another piece of the puzzle and even more reason to avoid using antibiotics needlessly."