Apple, mint, lettuce can give instant relief from garlic breath 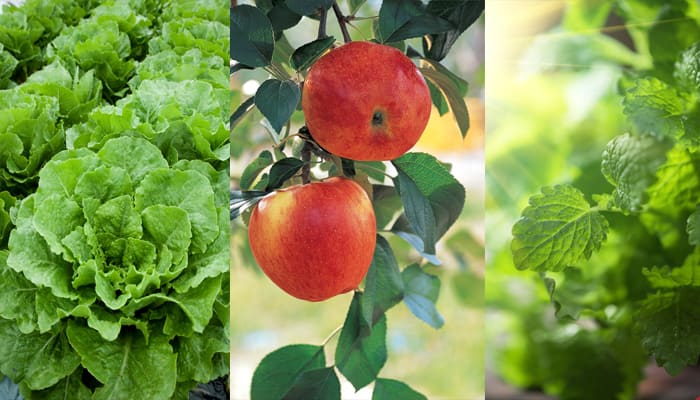 New Delhi: Many of us love to eat garlic but we literally hate its smell that sticks on our breath. Garlic is known for curing heart-related problems and joint pain. So, in order to get rid off garlic breath, we definitely won't suggest you to stop eating garlic, but there are certain food ingredients that can help you in this regard. A new study has revealed that consuming raw apple, mint or lettuce right after garlic may help reduce the pungent smell.

In the study, the team gave participants three grams of softneck garlic cloves to chew for 25 seconds, and then water (control); raw, juiced or heated apple; raw or heated lettuce; raw or juiced mint leaves; or green tea were consumed immediately.

The levels of volatiles on the breath after consumption were analysed by selected ion flow tube mass spectrometry.

The findings showed that raw apple and raw lettuce decreased the concentration of volatiles responsible for garlic breath by 50 per cent or more compared to the control for the first 30 minutes.

Mint leaves had a higher deodorisation level compared to raw apple and raw lettuce for all volatile compounds measured.

Apple juice and mint juice reduced the levels of volatiles, but not as effectively as chewing raw apple or raw mint.

Both heated apple and lettuce produced a significant reduction of volatiles.

However, green tea had no deodorising effect on the garlic compounds, the researchers stated.

According to the researchers, foods deodorise garlic breath through two mechanisms.

First, enzymes in the raw foods help to destroy the odours, and then, phenolic -- chemical compounds consisting of a hydroxyl group (-OH) bonded directly to an aromatic hydrocarbon group -- in both the raw and cooked foods destroy the volatiles.

This is why raw foods were generally more effective because they contain both the enzymes and the phenolic compounds, said Rita Mirondo from the Ohio State University, in the paper published in the Journal of Food Science.