The findings showed that people who had experienced a single mild, moderate or severe brain injury during childhood were at twice the risk of being admitted to hospital as a mental health inpatient. 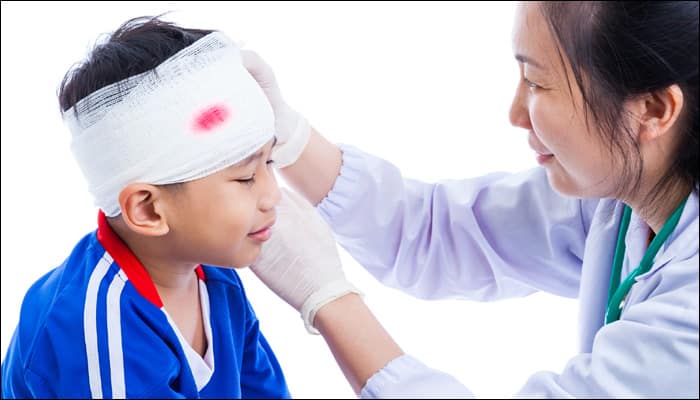 London: Brain injuries, including concussions in childhood, can increase the risk of mental illness, poor school attainment as well as premature death, finds a study.

The findings showed that people who had experienced a single mild, moderate or severe brain injury during childhood were at twice the risk of being admitted to hospital as a mental health inpatient (an increase in absolute risk from 5 per cent to 10 per cent).

They were 50 per cent more likely to use a mental health service (increase from 14 per cent to 20 per cent) than unaffected people in the same age group.

The risk of outcomes, including the likelihood of developing a psychiatric illness, became higher if the injury was more severe, or if there were multiple injuries.

"The study found that a childhood brain injury increased the chances of all these things. More serious brain injuries and repeated brain injuries made them even more likely," said lead author Seena Fazel, professor at Oxford University.

People who had experienced repeated mild, moderate or severe brain injury were over two-and-a-half times more likely to receive disability benefits than contemporaries who had experienced a single-episode injury (increase from 6 per cent to 12 per cent).

"Our study indicates far-reaching and long-term consequences of head injury. It reinforces what we knew already -- that prevention is key," Fazel said.

"Existing work to prevent head injuries to young people in sports, for example, needs to be enhanced. Long-term follow up could identify negative effects so that early intervention can prevent a drift into low attainment, unemployment and mental illness," Fazel suggested in the paper published in the journal PLOS Medicine.

For the study, the international team of researchers, analysed data from more than a million Swedes born between 1973 and 1985 to examine the long-term impact of having a traumatic brain injury before the age of 25.

The study looked at low educational attainment, instances of psychiatric care, receiving welfare and disability benefit and early death in the participants.

The team compared people who had experienced brain injury to unaffected people in their same age group, and also to their brothers and sisters who had not been injured.

Being obese can cause 13 types of cancer, say scientists