Hitesh Bhardwaj, who was stunned after witnessing the shocking incident, recorded the whole scene while sitting in the waiting room waiting for his own appointment at Rapid Access to Medical Specialists clinic. 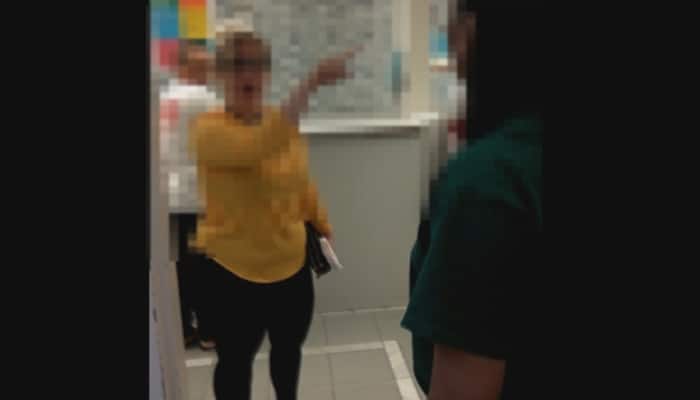 New Delhi: A video of an unidentified Canadian woman openly demanding that her child be seen by a 'white doctor' at a Mississauga walk-in clinic on Sunday has once again proved that racism prevails everywhere in the world in different forms.

The video that has gone viral has caused a stir at Rapid Access to Medical Specialists clinic in Mississauga, Ontario, when she refused to get her ill son examined by Pakistani doctors.

Hitesh Bhardwaj, who was stunned after witnessing the shocking incident, recorded the whole scene while sitting in the waiting room waiting for his own appointment at Rapid Access to Medical Specialists clinic.

"So you're saying in the whole entire building there isn't one white doctor? You're telling me my kid has chest pains [and] he's going to have to sit here until 4 o'clock. Can I see a doctor that's white that doesn't have brown teeth and speaks English?" the woman was heard telling in the video when staff told her that a 'white doctor' would not be avialable until 4 p.m. to see her child.

"I couldn't help but record the video," said Bhardwaj, an immigrant to Canada himself. This is bad, this is inappropriate and shouldn't go unnoticed."

A person who seemed to be fed up with her rant confronted the woman, calling her actions rude and racist. “Your child clearly has more issues with you being his mother than him needing to see a doctor. You are extremely rude and racist. You want to talk about tacky people being in a hospital, maybe you should check yourself in," she is heard saying.

The Canadian woman, however, tried to play the victim card as can be seen saying in the video, “You’re brown, you’re brown. You’re all attacking me because I’m white.”

Watch the video below!

Meanwhile, Ontario Premier Kathleen Wynne, who reacted to the incident on Twitter, said that racism and hate have no place in Ontario.

This is why you should include fish in your diet!