Cardiac arrest: What happens during a sudden loss of heart function?

In a horrifying event, a Halloween crowd rush in Seoul, South Korea, resulted in 150 fatalities, over 100 confirmed injuries, and literally a hundred cardiac arrests. Let's find out what went wrong.

What's the difference between a cardiac arrest and a heart attack?

When an artery that supplies oxygen-rich blood to a part of the heart gets blocked, it causes a heart attack. If the artery fails to become unblocked, the patient will die.

Sudden cardiac arrest happens abruptly and often without warning. It is brought on by an irregular heartbeat caused by an electrical defect in the heart (arrhythmia).

These two distinct heart conditions are linked. Sudden cardiac arrest can occur after a heart attack, or during recovery.

What to do during a sudden cardiac arrest?

Most victims of cardiac arrest can recover if they receive treatment within a few minutes. Make an emergency medical care call first. If an automatic external defibrillator is available, then get one and utilise it as soon as it is delivered. CPR should be started right away and continued until emergency medical personnel arrives.

How to perform CPR?

Follow the basic CPR steps in the case of adults:

- Lay the person on their back on a firm, flat surface and open their airway.

- Check for breathing. If they are not breathing, start CPR. 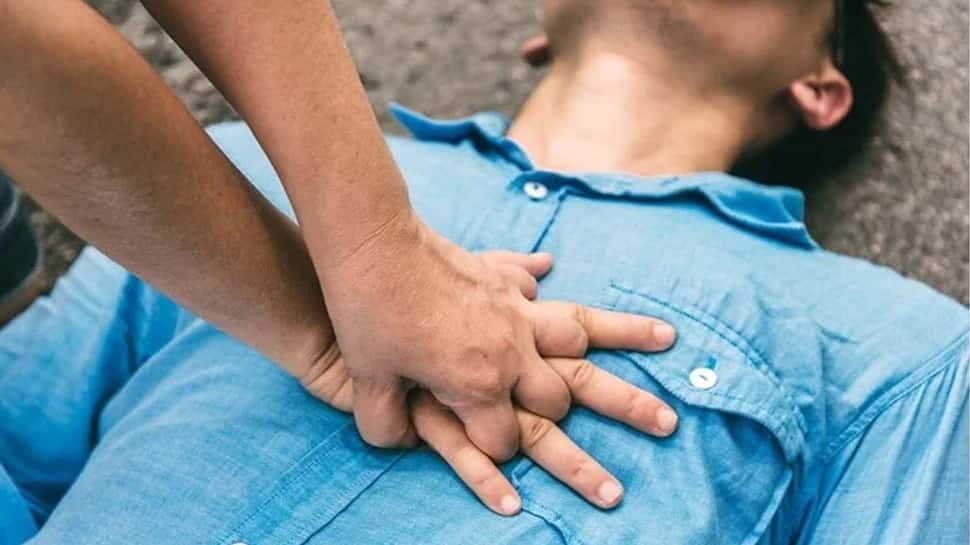 ~ Allow chest to return to normal position after each compression

~ Ensure each breath lasts about 1 second and makes the chest rise; allow air to exit before giving the next breath

(Disclaimer: This information is based on genral inforamtion and dies not substitute for an expert's advice. Zee News does not confirm this.)