Symptoms of liver cancer can include upper abdominal pain or swelling, loss of weight or appetite, white chalky stools, and general fatigue. 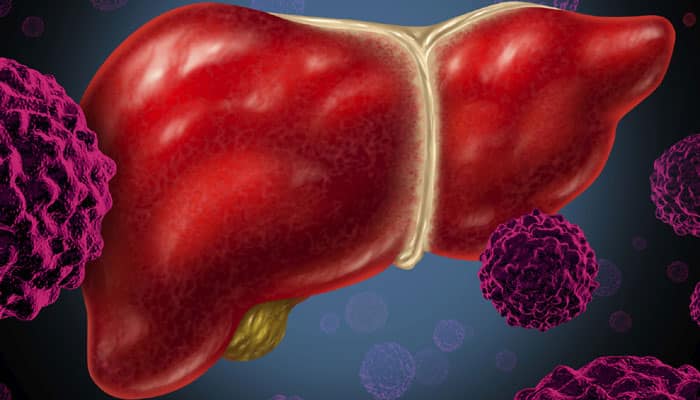 New Delhi: A team of scientists, including one of Indian origin, has discovered a way to improve the detection of early-stage liver cancer by as much as 40 percent.

According to the team, combining ultrasound imaging with a blood test can detect liver cancer thereby allowing doctors to perform curative therapies and treatments, thereby improving the chances of the patient's survival.

The untimely detection of cancer in many cases is one of the leading causes of deaths due to the disease around the world.

"If the cancer is found early, then we can perform curative therapies, allowing patients to live many years," said G Amit Singal, associate professor at University of Texas Southwestern Medical Center in the US.

Symptoms can include upper abdominal pain or swelling, loss of weight or appetite, white chalky stools, and general fatigue.

"Liver cancer screening in patients with chronic liver disease has traditionally been performed using an abdominal ultrasound. While ultrasound is readily available and noninvasive, it misses many cancers when they are small," said Singal.

"Our study found that adding the blood biomarker alpha-fetoprotein increased detection of early-stage hepatocellular carcinoma from 45 percent with ultrasound alone to 63 percent using the two tests in combination," he said.

AFP is a plasma protein that is produced in abundance by the liver cells in the fetus. In adults, AFP levels are normally low, but liver cancer can cause AFP levels to rise.

"Our results highlight the importance of continued development and validation of blood-based biomarkers for liver cancer early detection," said Singal.

Going the vegan way? It could be good for the environment, claims study