Acute otitis media is a common bacterial infection of the middle ear behind the ear drum in kids which causes it to become painfully inflamed. 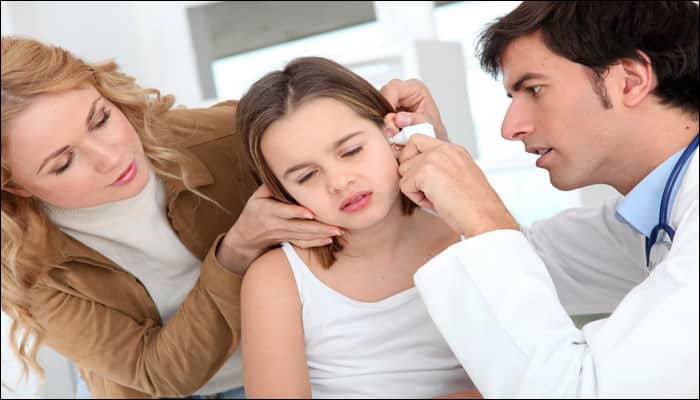 New York: Reducing the duration of antibiotics can do more harm than good when treating children with ear infections, warns a study.

When treating children between 9 and 23 months of age with antibiotics for ear infections, a shortened course has worse clinical outcomes without reducing the risk of antibiotic resistance or adverse events, showed results of the trial involving over 500 kids.

"The results of this study clearly show that for treating ear infections in children between 9 and 23 months of age, a five-day course of antibiotic offers no benefit in terms of adverse events or antibiotic resistance," Hoberman noted.

"Though we should be rightly concerned about the emergence of resistance overall for this condition, the benefits of the 10-day regimen greatly outweigh the risks," Hoberman added.

In the current trial, 520 children with acute otitis media were randomly assigned to either a standard 10-day regimen of the antibiotic amoxicillin-clavulanate or a shortened five-day treatment followed by five days of placebo.

Acute otitis media is a common bacterial infection of the middle ear behind the ear drum in kids which causes it to become painfully inflamed.

The risk of treatment failure in the five-day group (34 per cent) was more than twice as much the risk in the 10-day group (16 per cent), according to the results published in the New England Journal of Medicine.

When they tested the presence of antibiotic-resistant bacteria through back of the nose swabs, there was no decrease in the 5-day group as might have been expected with a shorter duration of antibiotics.

Also, reduced-duration antibiotics did not decrease the risk of frequent adverse events like diarrohea or diaper rash, the study said.

Now, dental implants that kill bacteria and anchor to bone