Heart disease risk begins even before we are born: Study

Children born to a mother who was obese during pregnancy are at greater risk of heart disease than siblings born to the same mother after bariatric surgery to reduce maternal obesity. 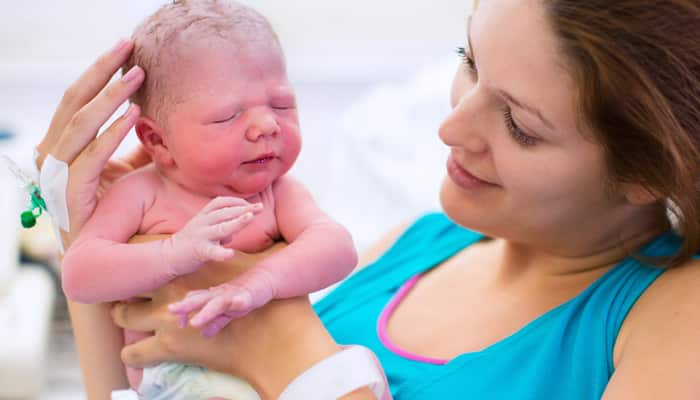 London: Children whose mothers had a complicated pregnancy may be at a greater risk of heart disease in later life, according to a study which suggests the disease risk begins in the womb. Heart disease is the greatest killer in the world today, and it is widely accepted that our genes interact with traditional lifestyle risk factors, such as smoking, obesity or a sedentary life, said researchers from the University of Cambridge in the UK.

There is already evidence that the gene-environment interaction before birth may be just as, if not more, important in "programming" future heart health and heart disease, according to the study published in the journal PLOS Biology.

For instance, human studies in siblings show that children born to a mother who was obese during pregnancy are at greater risk of heart disease than siblings born to the same mother after bariatric surgery to reduce maternal obesity.

The new research shows that adult offspring from pregnancies complicated by chronic hypoxia have increased indicators of cardiovascular disease, such as high blood pressure and stiffer blood vessels.
Chronic hypoxia or lower-than-normal oxygen levels in the developing baby within the womb is one of the most common outcomes of complicated pregnancy in humans.

It occurs as a result of problems within the placenta, as can occur in preeclampsia, gestational diabetes or maternal smoking. The study, led by Professor Dino Giussani, used pregnant sheep to show that maternal treatment with the antioxidant vitamin C during a complicated pregnancy could protect the adult offspring from developing hypertension and heart disease.

The research not only provides evidence that a prenatal influence on later heart disease in the offspring is indeed possible, but also shows the potential to protect against it by "bringing preventative medicine back into the womb," said Kirsty Brain, first author of the study.

Vitamin C is a comparatively weak antioxidant, and while the study provides a proof-of-principle, future work will focus on identifying alternative antioxidant therapies that could prove more effective in human clinical practice, researchers said.

"Our discoveries emphasise that when considering strategies to reduce the overall burden of heart disease, much greater attention to prevention rather than treatment is required," Giussani said.
"Treatment should start as early as possible during the developmental trajectory, rather than waiting until adulthood when the disease process has become irreversible," he said.

The work draws attention to a new way of thinking about heart disease with a much longer-term perspective, focusing on prevention rather than treatment.