Eman, who arrived in Mumbai last Saturday (February 11) in a specially arranged chartered flight for a bariatric surgery, has been put on a low-calorie, high-protein liquid diet. 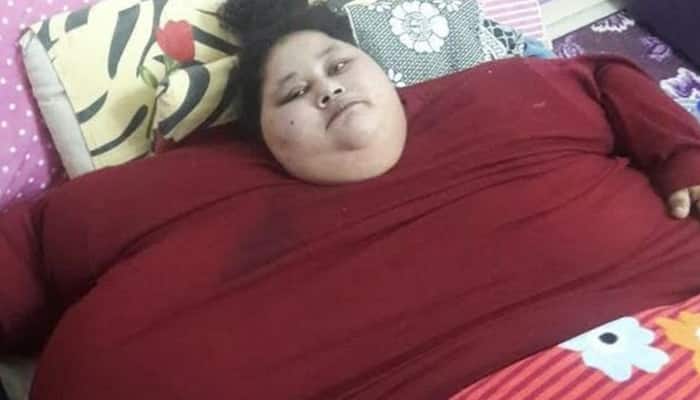 Eman, who arrived in Mumbai last Saturday (February 11) in a specially arranged chartered flight for a bariatric surgery, has been put on a low-calorie, high-protein liquid diet to help her achieve a desirable weight fast before undergoing the procedures.

According to bariatric surgeon Dr Muffazal Lakdawala, Eman could lose between 80 and 100 kg within the next four weeks, adding that she has a lot of water retention and they are working to control this with medicines.

Her genetic test results are expected within four weeks, which will help doctors decide the future course of her treatment.

“If she is found to have a genetic deficiency, the blueprint for Eman's treatment has to be reworked. "An operation may not be necessary, but could help given her weight," said doctors at the press conference.”

All medical expenses would be borne by the Saifee Hospital, although a crowd funding effort is on to support the bill for the logistics.

Eman, who had to discontinue her schooling at the age of 11, is being treated by a team of 13 doctors.