Hops content in beer could reduce damaging effects of alcohol

Hops, usually used to add flavour to beer, refers to the flowers of the hops plant, Humulus lupulus. 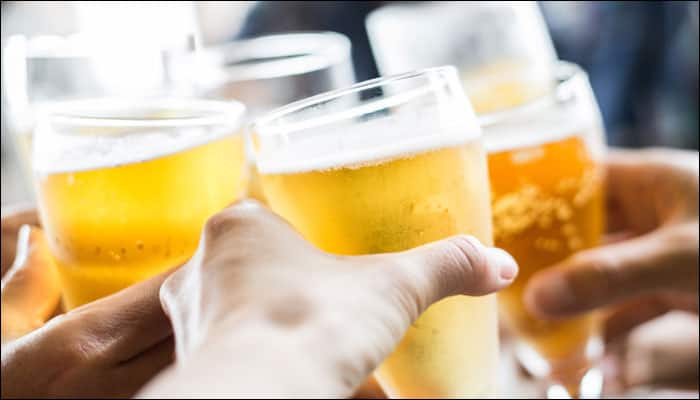 New Delhi: Beer lovers have something to cheer for as researchers claim that hops content in the beverage may lessen the damaging effects of alcohol on the liver.

Hops, usually used to add flavour to beer, refers to the flowers of the hops plant, Humulus lupulus.

Using a binge-drinking mouse model, the researchers from Friedrich Schiller University Jena in Germany aimed to determine whether hops in beer is involved in the less damaging effects of acute beer consumption on the liver in comparison with ethanol.

Over the short-term, "our data suggest that hops content in beer is at least in part responsible for the less damaging effects of beer on the liver," Live Science quoted the researchers as saying.

The new findings may help explain why some earlier studies in people suggested that drinking hard liquor is more strongly associated with death from liver disease than drinking beer, the researchers said.

In the study, female mice were fed beer with hops, a special beer without hops, or plain ethanol (alcohol).

Examination after 12 hours showed that the mice that consumed the beer with hops showed less build-up of fat in their livers than the mice that were given ethanol.

In contrast, the mice that ingested beer without hops had about the same level of fat build-up in their livers as the mice that were fed ethanol, the study, published online in the journal Alcohol and Alcoholism, showed.

The new study also suggested that hops may lower the formation of compounds called reactive oxygen species, which are highly reactive and can cause damage to cells in the liver, Live Science reported.

Whether the same effects would be found in people, and if these effects would last for long periods can be explored in future studies, the researchers said.