With ongoing trials of the COVID-19 vaccine across the world, there are several countries that want to achieve this feat as soon as possible. 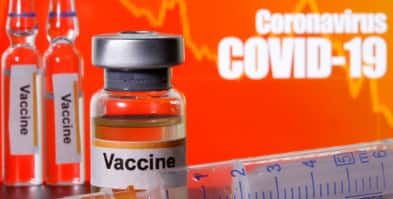 New Delhi: With ongoing trials of the COVID-19 vaccine across the world, there are several countries that want to achieve this feat as soon as possible. Since 750 million people of the world are eagerly waiting for the vaccine against the deadly coronavirus, the DNA analysis today tries to understand the latest situation.

There are more than 155 vaccine trials for COVID-19 going on across the world. Of these, 23 have entered the human trial phase while there are over 135 vaccines that have so far been restricted to merely animal trial phase.

Under this phase, scientists use the vaccine on hundreds of people after dividing them into different groups. If this vaccine is able to protect more than 50 percent of people from COVID-19 infection, it will be considered effective.

There are 4 other vaccines that are in the third phase, wherein, thousand are given this vaccine and the results are awaited for them being infected. Then only, it is seen whether this vaccine is able to effectively control infection.

After the fourth phase, the respective institutions of these countries analyze the results and if they found everything right, then the only vaccine gets approval. However, the use of vaccine can be allowed even before this approval phase in case of an emergency.

Let us try to understand what kind of vaccines are undergoing trials:

1. Currently, there are 5 types of vaccines all over the world. The first is a genetic vaccine, under which, immunity is developed in the body using the genes of coronavirus. About 10 companies and institutes are working on genetic vaccines.

2. The second type of vaccine is called Viral Vector vaccines. Under this, the Genes of Corona Virus are transported to the cells of the body and it is seen whether the body's immunity is activated against it. The vaccine being created by the University of Oxford works on this principle. At present, work on 8 such vaccines is going on all over the world.

3. The third type of vaccine is called protein-based vaccines, wherein, proteins of COVID-19 virus are used to activate the immunity in the body against the virus. Around 9 companies around the world are experimenting with it.

4. The fourth vaccine is termed as Whole-Virus Vaccine, under which a weak or non-active coronavirus is injected into the body which starts working against it after recognizing it.

The experiment is underway on 4 such vaccines across the world. Bharat Biotech and Indian Council of Medical Research (ICMR) are making similar vaccines in India and the human trial has started in All India Institute of Medical Sciences (AIIMS) in Delhi.

5. The experiments are also underway on Repurposed vaccines, under which the vaccine that was already used for any other disease can also be effective against COVID-19. Work on one such vaccine is going on in the world.

Currently, a vaccine made by a Chinese company has been allowed to be used all over the world. The vaccine by the company named, CanSino Biologics, was allowed on 25th June by the Chinese military for limited use in some cases for a year.

Amidst this race, the World Health Organization (WHO) believes that one or two vaccines may be available by the end of this year. There are some countries and a few companies that are ahead of others.

The first is from one American firm involved with a vaccine named mRNA-1273, which is an RNA vaccine, that enters into the body and gives the message to cells to make an Antigen to fight against a particular infection. Once the Antigen is ready, the Immune system is always ready to fight against the real virus attack. The US government is betting high on this vaccine as this will be tried over 30,000 people very soon.

The second vaccine is jointly being produced by Oxford University in the United Kingdom and British Pharma Company AstraZeneca. The human trial of this vaccine has also started and it is expected that it will be available by the end of this year. The latest news about this vaccine is that the results of its initial trial have come.

Russia too has claimed that it has created a vaccine against coronavirus and it could be launched next month. Russian scientists claim that a dose of this vaccine can protect a human body from this virus for 2 years.

China is also claiming that it is also very close to making a vaccine against COVID-19.

In India, about 7 companies are deeply involved in making a vaccine for coronavirus, but Bharat Biotech and ICMR are leading the race with Covaxin, whose human trial started today at AIIMS Delhi. Notably, 100 volunteers have come ahead to participate in this trial.

Overall 375 people from India will be part of the human trial for this vaccine, which will be tested in 12 different hospitals of the country.