The Cigarette Package Health Warnings International Status Report was released on the fourth day of the World Health Organisation's Framework Convention on Tobacco Control (WHO FCTC) Conference of the Parties (COP 7) by the Canadian Cancer Society. 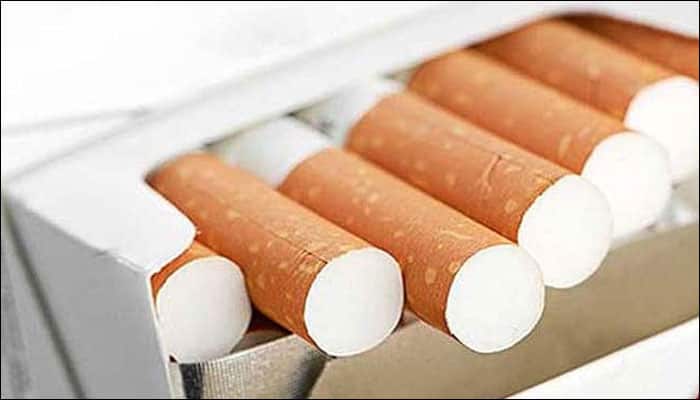 Greater Noida: India has moved to 3rd rank globally among 205 countries with 85 per cent implementation of pictorial warnings on tobacco products packs.

This is a dramatic leap from the 136th position India held in 2014 and the 123rd in 2012, revealed an International Status Report at the ongoing WHO FCTC COP7 here.

The top two countries are Nepal and Vanuatu.

Nepal has implemented 90 per cent of pictorial warnings. Vanuatu was ranked second on the strength of its promise to implement the warning from 2017.

The Cigarette Package Health Warnings International Status Report was released on the fourth day of the World Health Organisation's Framework Convention on Tobacco Control (WHO FCTC) Conference of the Parties (COP 7) by the Canadian Cancer Society.

"Nepal has the largest warnings in the world with (pictures) covering 90 per cent of the package front and back. Vanuatu will also require 90 per cent picture warnings in 2017.

"India and Thailand have the next largest warnings at 85 per cent of the front and back," said the report, a copy of which is with IANS.

"India has demonstrated global leadership by implementing 85 per cent pictorial warnings on all tobacco packages. This accomplishment is praiseworthy, as it has been achieved despite fierce opposition from the tobacco industry.

According to the Canadian Cancer Society, 105 countries and territories have finalised pictorial warnings requirements, an increase from the 77 by the end of 2014.

In 2001, Canada was the first country to make mandatory such warnings -- covering 50 per cent of the packs.

"The implementation by most European Union (EU) countries of the new EU requirement for 65 per cent picture warnings was an important development contributing to the increase since 2014 in the number of countries requiring picture warnings," said the report.

The report shows a significant global momentum with four countries going for plain packs and 14 working on it. It also shows that 105 countries and territories have required pictorial health warnings on cigarette packages.

This significant milestone in global public health will reduce smoking and save lives, experts say.

According to WHO, tobacco-related diseases kill about 2,500 Indians daily and over 10 lakh Indians a year. It is estimated that about 5,500 youth and children (as young as eight years old) initiate tobacco.

India has 12 crore tobacco users, according to the Global Adult Tobacco Survey. Tobacco use also imposes enormous health and economic costs on the country.

The total direct and indirect cost of diseases attributable to tobacco use was a staggering Rs 1.04 lakh crore ($17 billion) in 2011 or 1.16 per cent of India's GDP.

The status of the report also ranked Thailand, Australia and Sri Lanka 4th, 5th and 6th globally with 85 per cent, 82.5 per cent and 80 per cent pictorial warnings.

"The Indian government has set an example for making India Global Leader and sending a strong message to the global community about India's commitment to reducing tobacco use and the sickness and poverty it causes," said Bhavna B. Mukhopadhyay, Chief Executive, Voluntary Health Association of India, a member of the Indian delegation.

"Cigarette package warnings are a highly cost-effective way to increase awareness of the negative health effects of smoking and to reduce tobacco use.

"Picture-based warnings convey a more powerful message than a text-only warning and larger ones increase impact. Picture warnings are especially valuable for low- and middle-income countries where there are higher rates of illiteracy," said Mukhhopadhya.

Plain packaging includes health warnings on packages, but prohibits tobacco company branding, such as colours, logos and design elements, and requires the brand portion of each package to be the same colour, such as an unattractive brown.

The brand name would still appear, in a standard font size, style and location. The package format is standardised.

Plain packaging puts an end to packaging being used for product promotion, increases the effectiveness of package warnings, curbs package deception and decreases tobacco use.

Calcium deposits in fetal membranes may cause preterm births