Mother’s milk may protect newborn from diseases, much like vaccines: Study

Mother's milk is packed with nutrients and antibodies that help the baby fight off viruses and bacteria. 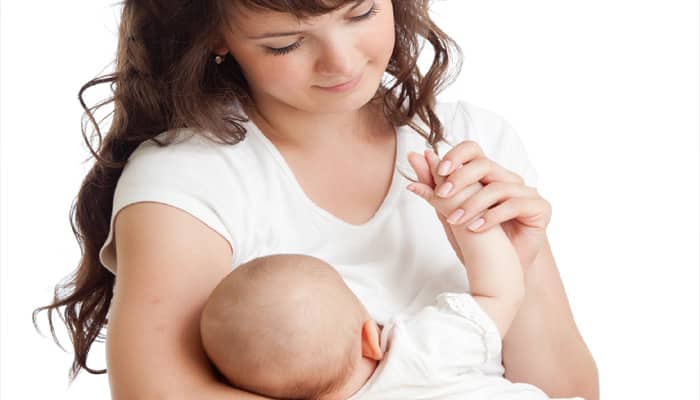 New York: Breast milk is the best gift a mother can give to her baby. It is packed with nutrients and antibodies that help the baby fight off viruses and bacteria. And, women now have got another reason to breastfeed their babies.

A new study suggests that mother's milk may boost the immunity of a newborn in such a way that it may work against certain diseases like tuberculosis (TB) just as vaccination does.

Lead researcher Ameae Walker, Professor at the University of California, Riverside School of Medicine in the US said, "Some vaccines are not safe to give a newborn baby and others just don't work very well in newborns".

"If we can instead vaccinate mom or boost her vaccination shortly before she becomes pregnant, transferred immune cells during breastfeeding will ensure that the baby is protected early on," Walker added.

Scientists have long understood that mother's milk provides immune protection against some infectious agents through the transfer of antibodies, a process referred to as "passive immunity."

The new research, published in the Journal of Immunology, showed that mother's milk also contributes to the development of the baby's own immune system by a process the team calls "maternal educational immunity."

Specific maternal immune cells in the milk cross the wall of the baby's intestine to enter an immune organ called the thymus. Once there, they "educate" developing cells to attack the same infectious organisms to which the mother has been exposed.

"While our work has used mouse models because we can study the process in detail this way, we do know that milk cells cross into human babies as well," Walker pointed out.

The researchers showed that you can vaccinate the mother and this results in vaccination of the baby through this process.

One of the infectious agents the research team studied was the organism that causes tuberculosis. Generally, babies directly vaccinated against TB do not have a very good response.

"We hope that by vaccinating the mother, who will eventually nurse the baby, we will improve infant immunity against TB," Walker said.

"Of course, clinical trials will need to be conducted to test whether this is the case in humans," Walker said.