Researchers showed that the MRI imaging technique, known as T1-mapping, could offer crucial insights into the biology of childhood cancers and give an early warning of how effective targeted treatments were likely to be. 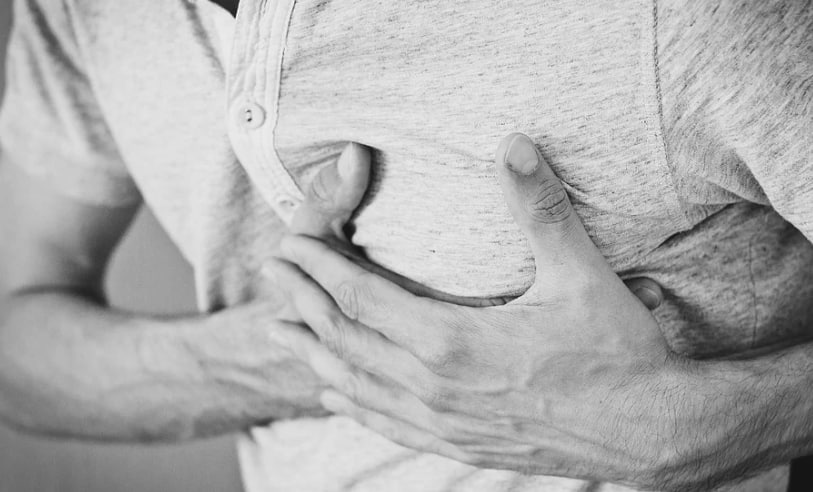 London: A type of smart MRI scan used in people with heart disease could help assess whether children`s cancers are especially aggressive and spot early signs that targeted treatments are working, a new study suggests.

Researchers showed that the MRI imaging technique, known as T1-mapping, could offer crucial insights into the biology of childhood cancers and give an early warning of how effective targeted treatments were likely to be.

T1 mapping scans measure how water molecules interact at a microscopic level inside cells to understand the cellular make-up of tissue and are used in heart disease to assess damage to heart muscle tissue.

Now scientists at The Institute of Cancer Research, London, have shown that the non-invasive scanning technique has the potential to pick out children with high-risk forms of neuroblastoma, a type of childhood tumour.

The researchers believe T1 mapping scans could improve the use of precision medicine in children with neuroblastoma and potentially in cancer patients more widely, by ensuring treatments are tailored for each patient, and rapidly stopped when they are not working.

Researchers studied T1 mapping in mice with an aggressive form of neuroblastoma to get a clear picture of the microscopic and physical characteristics of the tumour.

The team at The Institute of Cancer Research (ICR) used artificial intelligence to map the different cell populations in tumours and compared these maps with those created using non-invasive T1 mapping MRI scans.

The researchers found that regions with high T1 values - where water molecules can behave `more freely` - corresponded to hotspots of more aggressive cancer cells, which spread and grow faster.

Meanwhile, areas with low T1 values corresponded to more benign or dead tissue, which is less harmful.The researchers also looked at whether the imaging technique could help assess how mice with neuroblastoma would respond to two targeted drugs, alisertib and vistusertib, which target MYCN, a key protein linked to aggressive forms of the disease.

They found that when alisertib and vistusertib successfully stopped the growth of tumours in mice, there was a decrease in T1 measures - reflecting the death of aggressive cancer cells.

This suggests T1 measures could be used as a biomarker - a measurable indicator which can guide treatment by indicating whether a drug is working or not.The researchers believe aggressive cancer cells have high T1 values because they tend to be small, but have large nuclei - the control centres within each cell containing our DNA, near which water can behave `more freely`.

By evaluating tumours` cellular make-up with T1 MRI scans, clinicians would be able to get an accurate understanding of the stage and aggressiveness of the disease in children with neuroblastoma.

Next, researchers at the ICR - a charity and research institute - plan to assess the clinical benefit of T1 mapping as part of a clinical study involving children.

The new research is the first to assess the benefit of the MRI technique as a `smart` cancer biopsy - and researchers believe the results could be replicated more widely in other cancer types in children and adults.

"Our findings show that an imaging technique readily available on most MRI scanners has the potential to pick out children with aggressive cancer and give us early signs of whether a treatment is working. We`ve shown in mice that this technique can give us detailed insights into the biology of neuroblastoma tumours and help guide use of precision medicine, and next we want to assess its effectiveness in children with cancer," said Study leader Dr Yann Jamin, Children with Cancer UK Research Fellow at The Institute of Cancer Research, London.

"It is easy to perform and analyse T1 MRI scans, and they could be used to provide insights into many aspects of cancer biology - and help doctors to design tailored treatments based on how aggressive a tumour appears to be," Jamin.

"It`s exciting that we`ve shown that a scan widely used to image the heart has the potential to greatly improve our understanding and treatment of cancer too. There is already a lot of experience in using this technique in NHS hospitals, and I hope we can rapidly move to assessing its use in clinical trials of cancer patients," said Professor Paul Workman, Chief Executive of The Institute of Cancer Research, London.

"It`s vital that we find ways to improve treatments for aggressive childhood cancers like neuroblastoma - and also that we spare children unnecessary side effects by minimising exposure to drugs that do not seem to be working," added Workman.

"Neuroblastoma is one of the most common childhood tumours with around 100 children, mostly under five years old, diagnosed every year in the UK. Yet it also has one of the lowest survival rates and in its high-risk form is one of the most difficult childhood cancers to cure," said Mark Brider, Chief Executive Officer, Children with Cancer UK.

"It is crucial that we find more effective and personalised treatments for children with neuroblastoma. The findings of Dr Jamin and his team represent an important step towards the development of new and kinder treatments that reduce the burden of toxicity for young cancer patients and improve survival rates in this aggressive and hard-to-treat cancer," added Brider.