A team of researchers have developed a method that could make magnetic resonance imaging - MRI - multicolour to help improve disease diagnosis. 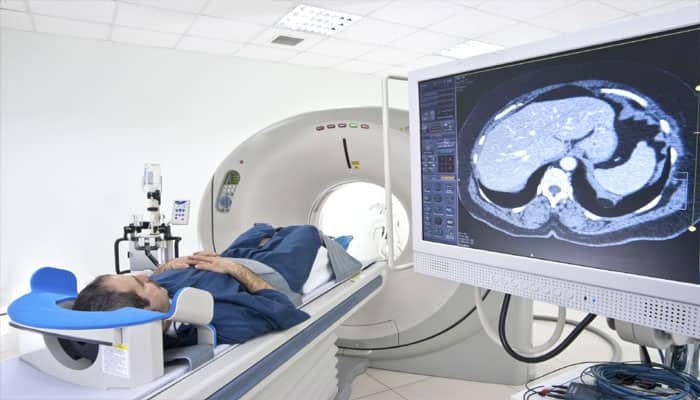 New York: A team of researchers have developed a method that could make magnetic resonance imaging - MRI - multicolour to help improve disease diagnosis.

The current MRI techniques rely on a single contrast agent which is injected into a patient's veins to vivify images.

The new method uses two at once, which could allow doctors to map multiple characteristics of a patient's internal organs in a single MRI. The strategy could serve as a research tool and even aid disease diagnosis.

Two contrast agents could include one specifically targetting diseased tissue, and one designed to show healthy tissue, for example. The new method would enable immediate comparisons of how each agent distributes in the same patient.

Flask said,"This multi-agent detection capability has the potential to transform molecular imaging, as it provides a critical translational pathway for studies in patients,"

In a study, the researchers described how two contrast agents, gadolinium and manganese, can be detected and independently quantified during MRIs.

Flask said,"In this initial paper, we validated our new methodology, opening the possibility for numerous follow-on application studies in cancer, genetic diseases such as cystic fibrosis, and metabolic diseases such as diabetes."

The study was published in the journal Scientific Reports.