Older adults experienced greater depression and loneliness during the COVID-19 pandemic, according to a new study by Indiana University researchers, and relationship strength moderated the relationship between loneliness and depression. 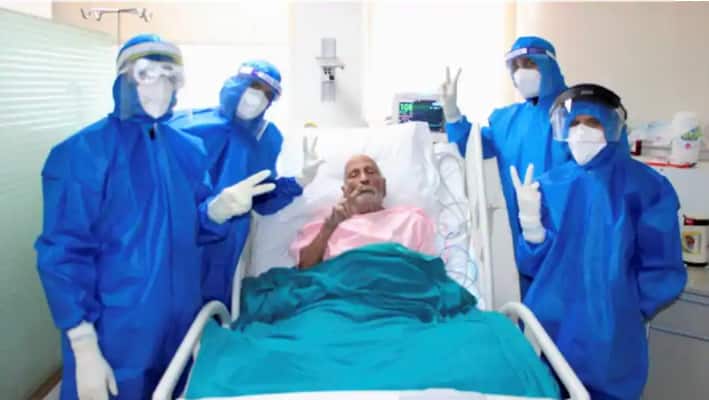 Washington DC: Older adults experienced greater depression and loneliness during the COVID-19 pandemic, according to a new study by Indiana University researchers, and relationship strength moderated the relationship between loneliness and depression.

The study, published in The Journal of Gerontology: Series B, was authored by Anne Krendl, associate professor in the College of Arts and Sciences` Department of Psychological and Brain Sciences and Brea Perry, Professor in the Department to Sociology at IU Bloomington.

Krendl and Perry`s study examined whether social isolation due to the COVID-19 shelter-in-place orders was associated with greater loneliness and greater depression for older adults, and, if so, whether declines in social engagement or relationship strength moderated that relationship.

Researchers compared personal social networks, subjective loneliness and depression of 93 older adults in the Bloomington community, six to nine months prior to the pandemic and from late April to late May when most people were under stay-at-home orders.

Two-thirds (68 percent) of older adults reported spending less time than before with people they loved, according to the study, and 79 percent felt like their social life decreased or was negatively affected by COVID-19.

However, 60 percent reported spending somewhat or much more time reconnecting or catching up with people they cared about and 78 percent were using some form of internet technology to keep in touch during the pandemic.

On average, older adults reported spending about 76 minutes socializing virtually or over the phone each day. "Although prior research has shown that people in this age group are not avid users of social media, the pandemic seems to have moved the needle, with more older people relying on social media to try to stay connected," Krendl said.

Research has shown that loneliness is associated with a number of negative outcomes for older adults, including higher rates of depression and higher mortality, while closeness to individuals in their networks can result in greater emotional well-being.

It is important, Krendl said, to fully understand the short-term impact the pandemic has had on older adults` mental health well-being so resources and services can be available to those who need it. Furthermore, Krendl will continue to follow up with those who took part in the survey, to see if changes in their mental health remain short-term or lead to permanent changes.

"One period of increased mental health problems does not necessarily mean a permanent change. But certainly, periods of mental health distress can have longer term implications for health and well-being. Characterizing those shifts will be important for understanding the full impact of the pandemic on older adults` mental and social wellbeing," she said.

N95 masks may be most effective at stopping COVID-19 spread, say researchers