A team of researchers has now provided an osmotic therapy device that gently removes fluid from the spinal cord to reduce swelling in injured rats with good results. 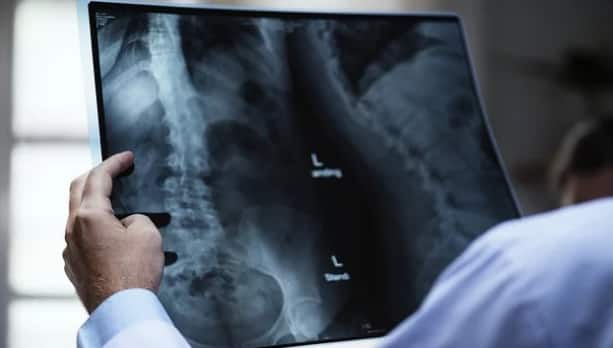 California: Rapid prevention of spinal cord swelling immediately after injury is key to preventing more serious damage. A team of researchers has now provided an osmotic therapy device that gently removes fluid from the spinal cord to reduce swelling in injured rats with good results.

Published in Frontiers in Bioengineering and Biotechnology, a group led by Marlan and Rosemary Bourns College of Engineering Jacques S. Yeager, Sr. Professor of Bioengineering Victor G. J. Rodgers and UCR School of Medicine biomedical sciences professor Devin Binder have described the new device, which can eventually be scaled up for testing in humans.

The device consists of a tangential flow module supporting a semipermeable membrane connected to a hydrogel that rests on the exposed spinal cord. Artificial cerebrospinal fluid containing the protein albumin to initiate osmosis passes across the device side of the membrane, transporting water molecules from the spinal cord.

Both fluids drain into a small chamber and cycle again through the device to remove more water. The amount of water removed is small compared to the amount of osmolyte, allowing for recirculation.

The authors have found in previous studies that relatively small increases in the percent of water content can cause significant swelling in the brain.

These experiments showed that the osmotic therapy device removed enough water to prevent brain swelling and was capable of removing even more.

They also found that removing the excess water quickly enough in brain swelling improved neurological outcomes. This is a key hope for the spinal cord device as well.

The team plans to continue improving the device through longer experiments on rats before eventually moving on to human trials.

Together with biomedical sciences professor Byron Ford, Rodgers is developing a similar device that drains fluid directly from the brain and introduces neuregulin-1, a molecule produced naturally by the body to regulate communication between cells in the brain and heart and promote their growth, to improve treatment and reduce the damage of severe strokes.