For the first time, scientists have developed a light-activated drug that has therapeutic applications for the treatment of pain. 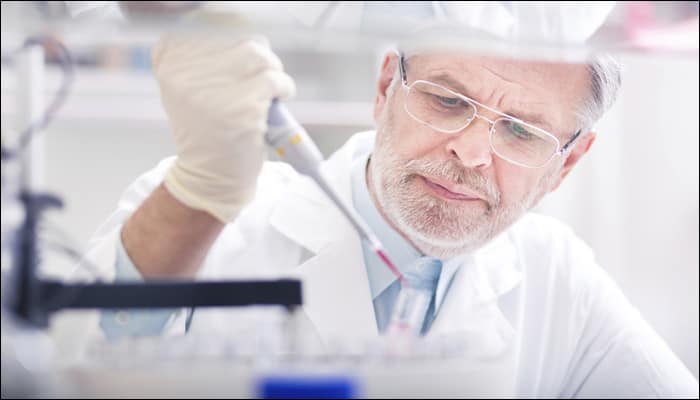 London: For the first time, scientists have developed a light-activated drug that has therapeutic applications for the treatment of pain.

Researchers said, the new photo-drug, JF-NP-26, is a molecule that can be specifically activated at any wished moment (that is, with a high spatiotemporal resolution) with light.

Francisco Ciruela, Professor at the University of Barcelona said, "This is the first light-activated drug designed for the treatment of pain in vivo with animal models".

JF-NP-26 is activated when receiving light -- using an optical fibre -- of a suitable wave length and with an exact precision on the target tissue such as brain, skin, articulations, etc.

The drug does not show toxic or unwanted effects even if the dose is high in short-length studies on animals.

The discovery will overcome the problems faced with the uses and effects of current drugs such as slow and inexact distribution of the drug, lack of spatiotemporal traits in the organism and difficulties in the dose adjustments, the researchers said.

JF-NP-26's lightening includes a treatment on the molecule that releases the active molecule (raseglurant) that blocks the metabotropic glutamate type 5 (mGlu5) receptor, found in lots of neuronal functions such as the spread of neuronal pain.

Blocking this receptor allows preventing the pain from spreading into the brain. This can be produced both due to the outlying neurons and the central nervous system (brain) and create, in both cases, an analgesic effect as a result.

Ciruela said, "The molecule created by the action of light, the raseglurant, does not belong to any group of drugs from the classic anti-pain list of drugs: non-steroidal anti-inflammatory drugs or NSAID (paracetamol, ibuprofen, etc.) and opioids (morphine, phentanyl)".

The study was published in the journal eLife.