Suffering from type-II diabetes? Self-monitoring may not help your diagnosis!

The results of a randomised trial suggested that self-monitoring should not be a routine in these patients. Many patients with type 2 diabetes not treated with insulin regularly perform self-monitoring of blood glucose (SMBG), although the value of that practice has been debated. 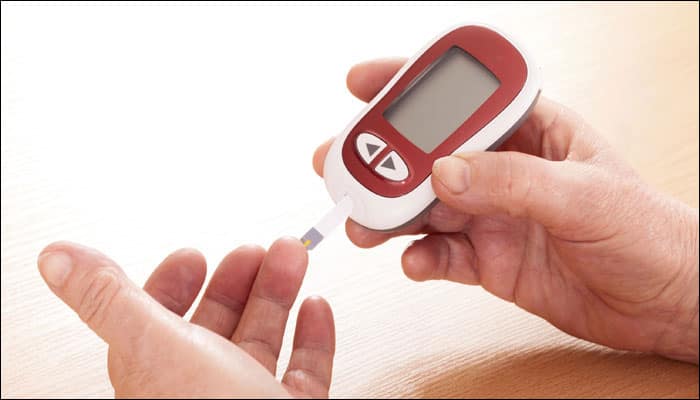 New Delhi: Diabetes is considered to be a silent killer by medical professionals across the world. Even a single symptom reflecting the onset of the disease is a cause for concern.

It is a disease that could be hereditary and can also develop due to an unhealthy lifestyle.

Known as the most common form of the disease, Type-II diabetes reflects insulin resistance, wherein your body does not use insulin properly.

As per doctors, there are a number of reasons and/or a combination of problems that can trigger the onset of the condition, like genes, obesity, metabolic syndrome, bad communication between cells, etc.

Normally, patients suffering from type-II diabetes who are not being treated with insulin resort to the highly debated practice of self-monitoring after diagnosis and subsequent consultations.

But, a recent study has negated the routine saying that self-monitoring did not improve the health-related quality of life in type-II diabetes patients.

The results of a randomised trial suggested that self-monitoring should not be a routine in these patients. Many patients with type 2 diabetes not treated with insulin regularly perform self-monitoring of blood glucose (SMBG), although the value of that practice has been debated.

Katrina E. Donahue and Laura A. Young of the University of North Carolina conducted a trial in 15 primary care practices in North Carolina with 450 patients with non-insulin-treated type 2 diabetes.

The patients were an average of 61 years old, had had diabetes for an average of eight years and 75 percent were performing SMBG at baseline.

The study measured hemoglobin A1c levels (a measure of longer-term blood sugar control) across all three groups and health-related quality of life after one year.

The results revealed that there were no differences in glycemic control or health-related quality of life after one year between patients who performed SMBG compared with those who did not.

Attrition in the SMBG monitoring groups could explain why some improvements were initially seen in hemoglobin A1c levels in the early months that weren't significant at 12 months, according to the study.

The study also did not determine the effectiveness of SMBG in certain clinical situations, such as when a new medication is started or when a dose is changed. The authors warn the results do not apply to patients with diabetes treated with insulin.

Based on these findings, patients and clinicians should engage in dialogue regarding SMBG with the current evidence suggesting that SMBG should not be routine for most patients with non- insulin-treated T2DM [type 2 diabetes mellitus].

The study is published by JAMA Internal Medicine.