As per a research carried out by consumer watchdog Which?, Avon’s Sun+Multi Protection Sun Lotion SPF30 (150ml) costing £10 failed to offer its claimed level of protection. 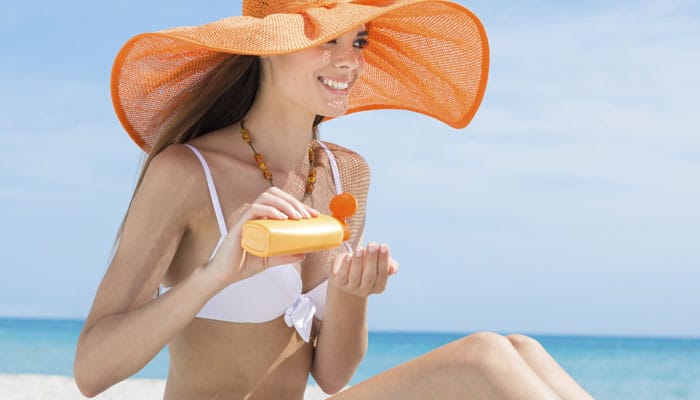 As per a research carried out by consumer watchdog Which?, Avon’s Sun+Multi Protection Sun Lotion SPF30 (150ml) costing £10 failed to offer its claimed level of protection.

However, Aldi’s £2.79 Lacura Suncare Spray SPF30 (200ml) was the cheapest sunscreen that passed Which? test.

In the survey, except Avon – which was the most expensive and smallest bottle -13 bestselling international sunscreens such as Ambre Solaire, Hawaiian Tropic, Nivea as well high street own-brands like Morrisons and Superdrug passed the British Standard SPF and UVA tests.

The research aimed at protecting against two types of ultraviolet radiation, UVA and UVB, casts doubts on claims made by expensive brands.

“Sunscreens are a key part of sun safety so it’s important to pick a product you can rely on,” Which? magazine editor Richard Headland said.

“It’s disappointing to see that, although most sunscreens passed our test, one didn’t provide the claimed level of protection.

“Manufacturers should only be selling products that live up to their claims which is why Which? will continue to monitor and challenge the industry,” he added.

Meanwhile, Avon defended its lotion and said that it stood by its testing method.

“We have full confidence in our SPF (Sun Protection Factor) testing, which is performed according to internationally recognised, regulatory approved protocols by external laboratories with specific expertise in conducting these kinds of tests,” it said in a statement.

The watchdog said sunscreen makers should do more frequent testing and that lotions and sprays should be stamped with a use-by date as the SPF declines over time.

A good sunscreen helps protect against UVA and UVB rays, which can raise the risk of skin cancer, sunburns, premature skin ageing and wrinkles.

UVB is the main cause of sunburn and UVA has been linked to premature ageing of the skin.

The sun protection factor, or SPF, is a measure of how well a cream/lotion blocks out UVB rays.

Yet with so many sunscreens available today, it can be overwhelming trying to figure out which sunscreen offers the best protection for you and your family.

To help you find the one that works best for you, dermatologists offer some amazing tips in the video you are about to watch below, which has been posted by American Academy of Dermatology.