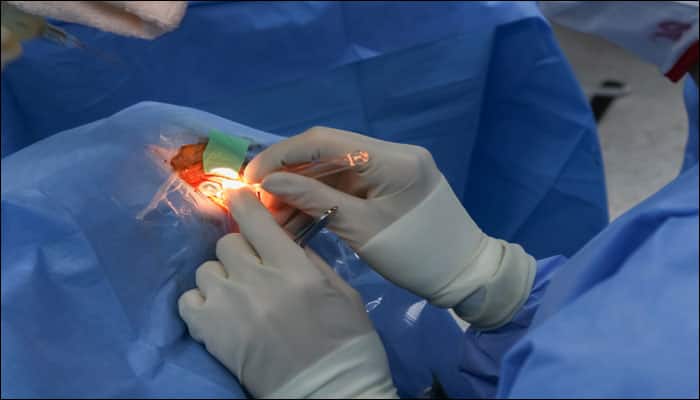 Washington: US researchers are growing tiny functioning segments of organs, called organoids, in a bid to find ways to treat deformities of the craniofacial complex, namely the skull and face.

Researchers at the University of California, San Francisco (UCSF), are using stem cells from patients with such deformities to figure out when and how such flaws occur in foetal development, reports Xinhua news agency.

Deformities of these bones or soft tissues, the most common of birth defects, can cut life short by blocking the airway or circulation, or disfigure a face.

In addition, such deformities may lead to a lifetime of corrective surgeries and social isolation.

As director of the UCSF programme in Craniofacial Biology and chair of the Division of Craniofacial Anomalies, Ophir Klein has orchestrated a research endeavour to translate basic science findings in tissue regeneration into improved treatments for kids with craniofacial deformities.

While Klein is growing teeth, his colleagues are growing tissues that make up the face, or muscle, or salivary glands.

Klein's work to generate teeth is inspired by his patients with ectodermal dysplasia, a congenital disorder characterised by a lack of sweat glands, hair, or teeth. Being able to generate the roots of teeth would be remarkable for these patients.

The effort at UCSF is one of the most viable payoffs to date from stem cell science, the researchers claimed.

With these organoids, physicians and scientists can not only trace the paths of normal and abnormal development, but also test drugs and other treatments for their effectiveness in humans.