E-cigarettes were almost twice as effective as the 'gold standard' combination of nicotine replacement products. 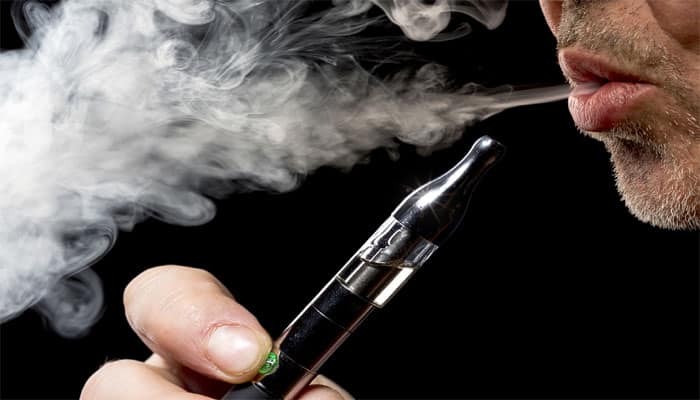 London: E-cigarettes are almost twice as effective as nicotine replacement treatments, such as patches and gum, at helping smokers to kick the butt, a study claims.

The research, which involved almost 900 smokers who also received additional behavioural support, found that 18 per cent of e-cigarette users were smoke-free after a year, compared to 9.9 per cent of participants who were using other nicotine replacement therapies.

"This is the first trial to test the efficacy of modern e-cigarettes in helping smokers quit. E-cigarettes were almost twice as effective as the 'gold standard' combination of nicotine replacement products," said Peter Hajek from Queen Mary University of London in the UK.

"Although a large number of smokers report that they have quit smoking successfully with the help of e-cigarettes, health professionals have been reluctant to recommend their use because of the lack of clear evidence from randomised controlled trials. This is now likely to change," said Hajek, lead researcher of the study published in the New England Journal of Medicine.

The only previous trial comparing e-cigarettes to nicotine patches used early 'cig-a-like' e-cigarettes with very low nicotine delivery, had no face-to-face contact, and found low efficacies for both treatments.

The study was set-up to test the long-term efficacy of newer refillable e-cigarettes compared with a range of nicotine replacement treatments. The study saw a stronger e-cigarette effect than in previous trials. Researchers said this could be due to the inclusion of smokers who were seeking help, the provision of face-to-face support, and the use of refillable e-cigarettes for which smokers sourced their own choice of e-liquids.

They add that the reason e-cigarettes were found to be more effective than other nicotine replacement therapies could be primarily because they allow better tailoring of nicotine dose to individual needs, but also because they provide some of the behavioural aspects of smoking cigarettes.

"This is the first study to show the effectiveness of e-cigarettes combined with behavioural support for giving up smoking, and the results are extremely positive," said Sophia Lowes, from Cancer Research UK.