Severe traffic jams lasting up to five hours were reported from different parts of the region. 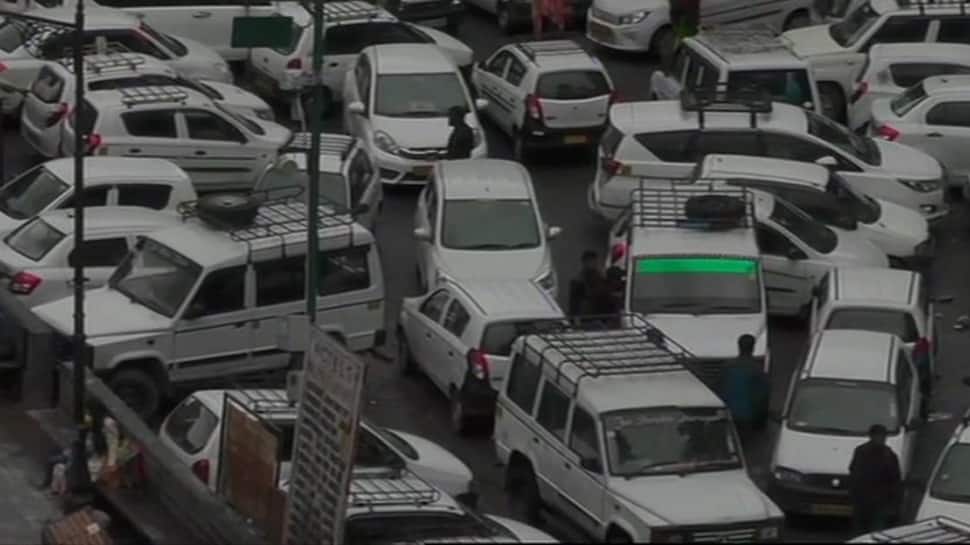 MANALI: As the temperatures rise in the plains, most people have turned tourists and are heading to the hills seeking some relief from the heat. However, the rising number of visitors has created trouble in places in Himachal Pradesh like Shimla and Manali. There have been long traffic snarls leading to people being stuck on the road for hours.

To combat the problem of traffic congestion, the administration in Manali has got into top gear to ease the situation. SDM Manali, Raman Gharsangi conformed that a new traffic plan has been prepared and has been brought in force with immediate effect. "There will be one-way vehicular movement. This planning will be permanent, implemented for the entire year so that locals and tourists get habituated," he said.

Severe traffic jams lasting up to five hours were reported from different parts of the region. The situation has been more troublesome towards Rohtang Pass, as tourists throng the area to enjoy in the snow. The snowy landscape overlooking Narkanda, Kalpa, Dharamsala, Palampur and Manali towns are drawing a large number of holiday-makers from across northern India.

"On an average, a daily arrival of tourists in Manali is between 20,000 and 30,000. On weekends, the figure goes more than 40,000," Manali-based prominent travel agent Nakul Thakur was quoted as saying by news agency IANS. The pass, which is still marooned in a thick blanket of snow, was reopened for the tourists on June 1 after six months of closure.

As per the IANS report, only 1,300 vehicles with government permits are allowed to ply across the Rohtang Pass, some 51 km from Manali, every day as per the National Green Tribunal guidelines.

Many hotels and guesthouses in Shimla have been sold out well in advance. Seeing the rush, most of hotels, guesthouses, and lodges across the tourist destinations have doubled their tariffs. Taxi drivers and guides are openly fleecing the tourists by quoting high rates in this peak tourist season, pinching the pockets of holiday makers.