However, the water level in Pandoh diversion dam was alarmingly high owing to the heavy downpours in its catchment areas. 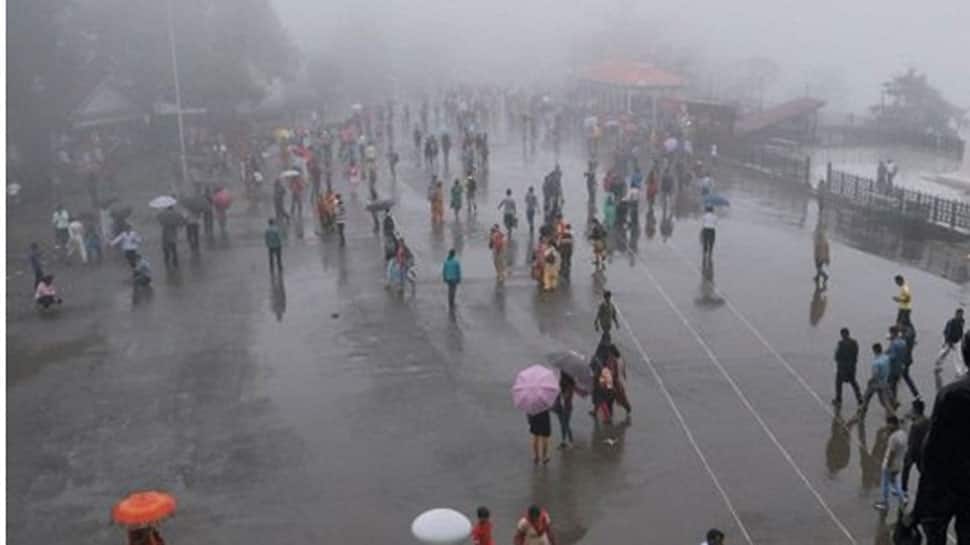 Shimla: Intense cold continued to grip Himachal Pradesh on Friday with higher reaches experiencing more rainfall and snow, the weather office said. The Meteorological office here said the chill would extend over the weekend as snow and thundershowers would continue in the state till Saturday.

The minimum temperature in Shimla was recorded at 5.2 degrees Celsius and Kalpa in Kinnaur district was at minus 1.4 degrees. Shimla received 7.3 mm of rain while Kalpa got 4 cm of snow in the 24 hours, a Met official told IANS.

Keylong in Lahaul-Spiti district, which experienced 23 cm of snow, saw a minimum temperature of minus 7 degrees Celsius, while it was 4.6 degrees in Dharamsala, which had 31.6 mm of rain. Palampur town in Kangra district had 45 mm of rain, the highest in the state.

However, the water level in Pandoh diversion dam was alarmingly high owing to the heavy downpours in its catchment areas. Authorities said excess water from the Pandoh dam, located 112 km upstream of the Pong dam, is likely to be released, if it is close to the danger mark.

Pandoh diverts excess water towards the Pong dam. Otherwise, it diverts water towards the Satluj river which feeds the Gobind Sagar reservoir of the Bhakra dam. A government official said the Beas river and its tributaries have been in spate.