The elections were necessitated as Kishan Kapoor and Suresh Kashyap resigned from their respective seats as they were elected to the Lok Sabha. 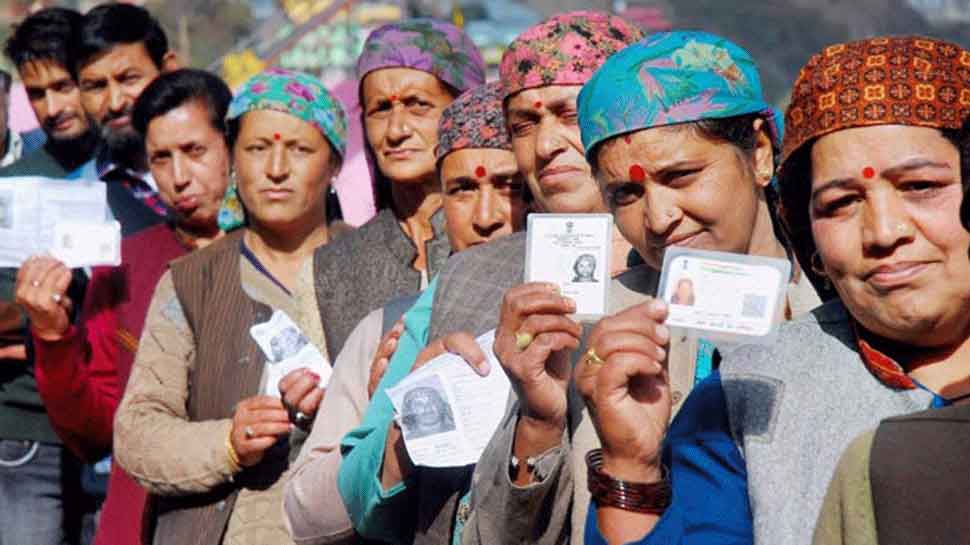 Nearly 68 per cent of the 156,624 voters exercised their franchise on Monday for the by-elections to the Dharamsala and Pachhad seats in the Bharatiya Janata Party (BJP)-ruled state.

The elections were necessitated as Kishan Kapoor and Suresh Kashyap resigned from their respective seats as they were elected to the Lok Sabha.

In the Dharamsala and Pachhad seats, the polling percentage was 65.39 and 72 per cent, respectively.

Greenhorns Reena Kashyap and Vishal Nehria were the BJP candidates from Pachhad and Dharamsala seats, respectively.

The Congress has fielded former Speaker and seven-time legislator Gangu Ram from Pachhad, and young leader from the Gaddi community, Vijay Inder Karan from Dharamsala.

Dayal Pyari, a BJP rebel contesting as Independent, made the contest triangular in Pachhad.

The main contest is between the BJP and Congress in Dharamsala.

The BJP has 44 seats in the 68-member state Assembly.