A typically frothy, buddy-cop drama, "Bad Boys For Life" is the third edition of the franchise, which started way back in 1995. 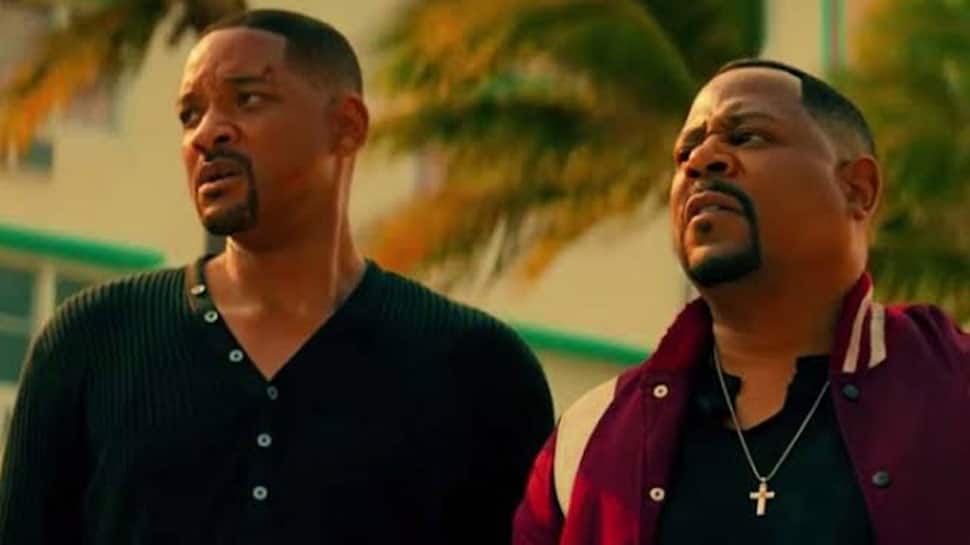 A typically frothy, buddy-cop drama, "Bad Boys For Life" is the third edition of the franchise, which started way back in 1995.

This film picks up in real-time, 17 years after the events of the previous film with nearly the entire cast, which is wonderful. It also introduces a new team, which adds dimensions to the protagonists' character with the family-and-friend track. These new aspects, in turn, add an emotional weightage to the viewing experience.

In this edition, Miami detectives Mike Lowrey (Will Smith) and Marcus Burnett (Martin Lawrence) are both in their fifties racing against time, at this juncture, not to arrest any criminal but to meet Marcus' just-born grandson.

Realising how fast time is moving, Marcus plans to retire from the fast-moving life of a cop but Mike, who still has the stamina in him, refuses to hang his boots.

And while they are debating on the issue of retirement, Mike finds himself shot in the gut by a Mexican assassin, Armando (Jacob Scipio), son of the psychopathic cartel leader Isabel Aretas (Kate del Castillo).

Soon the investigation unspools a vengeance plot, which finds Mike hunt for the Aretas family, despite the objections of Captain Howard (Joe Pantoliano), who reluctantly allows him to team up with the high-tech Advanced Miami Metro Operations group, or AMMO, consisting of the enthusiastic Kelly (Vanessa Hudgens), smug Rafe (Charles Melton) and nerdy beefcake Dom (Alexander Ludwig), all under the command of Rita (Paola Nunez). Soon Marcus joins in to lend his helping hand.

On the performance front, Will Smith and Martin Lawrence, both share the same charisma and chemistry that they did over the last two decades, but they barely hide their boredom with the material. They actually sleepwalk through their performances, thereby resembling glorified stereotypes.

The four members of AMMO clearly positioned to serve as the foundation for a Fast & Furious ensemble-style reinvention of this franchise, add gravitas to this edition. But it is Jacob Scipio and Kate del Castillo, as the mother-son duo, who bring intrigue and excitement to their characters.

Packed with high-octane action sequences, which include fights, vehicular chases, shootouts and helicopter crash sequence, the film has exciting set-pieces. It is not exceptional in any sense but special mention is a must for the editors Dan Lebental and Peter McNulty for maintaining the continuity during the action and emotional scenes and making the film appear creative and spectacular.

Overall, this film is a timepass crowd pleaser.