Dolemite Is My Name review

Dolemite Is My Name review: Eddie Murphy at his raunchiest

The best sequence in the film has Eddie Murphy and his (all-black) team watching the Jack Lemmon-Walter Matthau comedy "The Front Page" with an all-white audience and wondering what they find so funny. 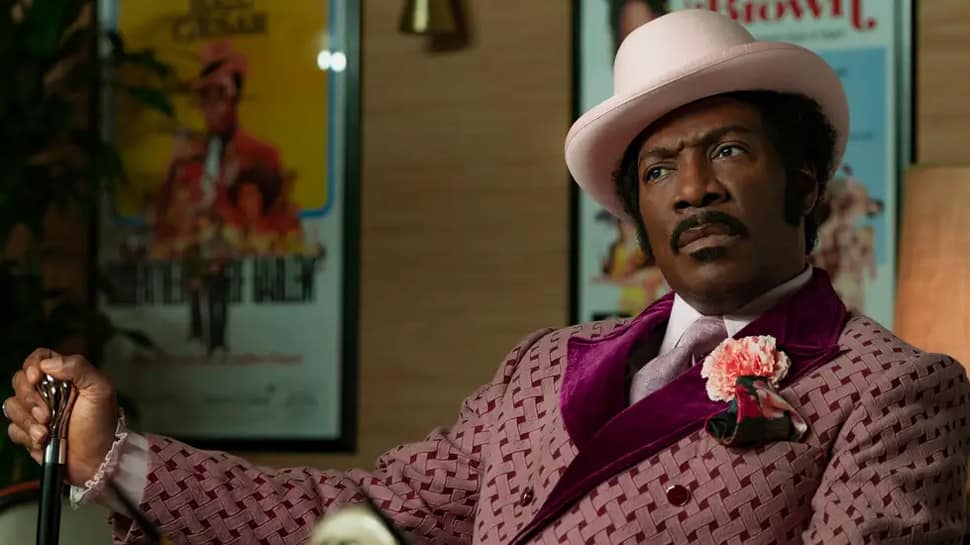 Why is this film about a raunchy standup comedian being touted as Eddie Murphy's comeback? An outstanding comic talent such as he doesn't go away. And even if we are looking at dates, Murphy was in much finer form in his last release "Mr Church", where he brought to great use his penchant for wry social comment into play.

There is more foreplay in Murphy's portrayal of the foul-mouthed stand-up comedian Rudy Ray More (a.k.a Dolemite) than any actual swipes at salaciousness. Sure, there is a lot of abusive language and cusswords in "Dolemite", Eddie Murphy's stand-up act that shocked America in the 1970s. But nothing that they back then, and we now, can't handle.

What really provides this film about a rebel with a clause with its share of heft is the theme of segregation and racial discrimination, both placed on their head in a comic overview of a society coming to terms with the mainstream presence of its black population. Refusing to see himself as the victim of racism Murphy's Dolemite is the antidote to the "The Color Purple" and "12 Years A Slave" genre of cinema about the sufferings of the black community.

There are slanted references to the ‘blacksploitation' cinema of the 1970s starring Billy Dee Williams and Richard Roundtree, the macho cinema of the era catering, especially to the Black American audience.

The best sequence in the film has Eddie Murphy and his (all-black) team watching the Jack Lemmon-Walter Matthau comedy "The Front Page" with an all-white audience and wondering what they find so funny.

The droll disregard for political correctness that Dolomite projected in his risqué humour is expertly subsumed in the screenplay and is employed to celebrate a subversive but non-toxic culture of protest. All the actors, black and some white, are a hoot. Eddie Murphy, a fine blend of satire and ribaldry here, has great fun letting his tongue loose all over the colourful material. He is specially hilarious in a sequence where he drops his pants to show record-company owners what the cover of his next album would be like.

There are umpteen opportunities in the script for Murphy to rise to the occasion. He stands unfazed. Another brilliant performance comes from Wesley Snipes as a smalltime actor from Roman Polanski's "Rosemary's Baby" who gets a chance to direct Dolomite in the latter's movie debut. Snipes' reactions as Murphy directs himself are priceless.

There are some brilliantly written characters hovering in the fringes, like the playwright Jerry (brilliantly played by Keegan Michael-Key) and the female standup comedian Lady Reed (Da'Vine Joy Randolph) who give Eddie's Dolomite tit for tat.

While being a vehicle to exploit Eddie Murphy's vast resources of chuckle-inducing social satire (if Jane Austen were a male black American!) the film ably deconstructs the lives of the other characters, all trying to be non-representational black people without feeling persecuted.