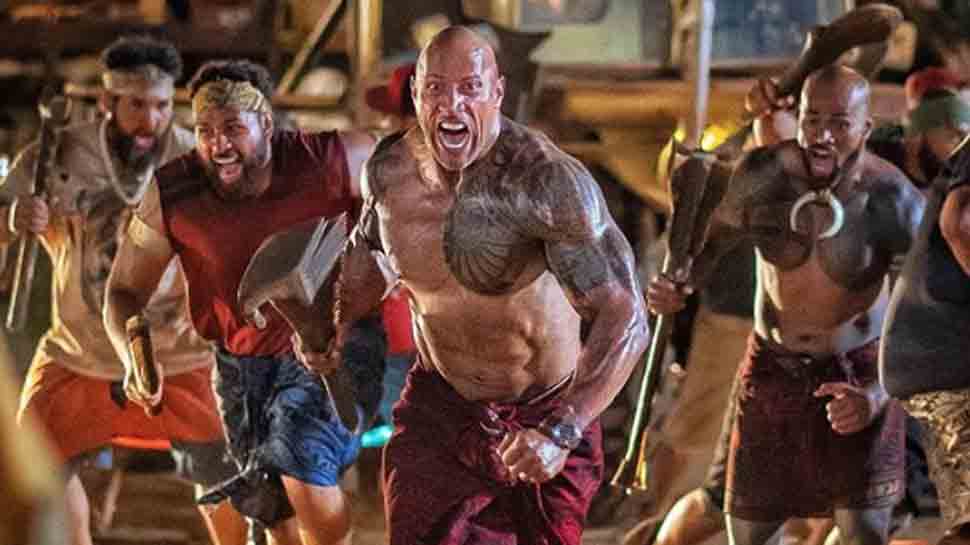 Washington: Dwayne Johnson on Monday took to Instagram to share a photo from his new film 'Hobbs & Shaw', a spin-off to the successful 'Fast & Furious' series and the picture features none other than WWE superstar Roman Reigns.

Introducing themselves as the Hobbs Brothers and decked in Samoan attire, The Rock gives a little insight to the characters present in the picture, mentioning that the brothers live in Western Samoa and operate Hobbs Customs, which deliver vintage custom cars all over the world.

A lil' HOBB & SHAW exclusive. The biggest showdown the FAST & FURIOUS franchise has ever seen. This sacred Samoan __ ground you stand on is nourished with our ancestor's blood - and now we nourish it with yours. E ke oki i le aso - Today, you die. This film was my honor to produce and will always be much more than a movie to me. HOBBS & SHAW AUGUST 2ND WORLDWIDE #sacredground #mana #respect #family @sevenbucksprod @hhgarcia41 _

The Rock captioned the photo as, "A lil' HOBBS & SHAW exclusive. THE HOBBS BROTHERS. In Samoa we have a word that means everything to us - AIGA - which means FAMILY. My name is Luke Hobbs and these are my four brothers. My family. My aiga. They all live in Western Samoa where they own and operate "Hobbs Customs" - a former illegal chop shop, now a legit business where they build and deliver vintage custom cars all over the world. In Samoa we have another saying which is "Ou te le tau to’atasi ae matou te tau fa'atasi" which means, When you fight one, you fight us ALL. Biggest showdown the Fast & Furious Universe has ever seen is coming this summer. HOBBS & SHAW AUGUST 2ND."

Reigns too took to Instagram and wrote, "The cameras are just catching real family love. Huge honor to get to work and share the screen with #JoshMauga #CliffCurtis #JohnTui and #BigBrownBaldTattooedMan!!Ready to show the world how we do on the island."

The action film, which is directed by David Leitch and written by Chris Morgan, is a spin-off from 'The Fast and the Furious' series featuring two characters, Luke Hobbs and Deckard Shaw in the lead roles.

The film is scheduled to release on August 2, 2019, with the ninth installment of 'Fast & Furious' franchise arriving a year later.