Despite facing tough competition from Bollywood films including Hrithik Roshan and Tiger Shroff`s 'War', and Priyanka Chopra's 'The Sky Is Pink', the film has managed to come through with flying colours. 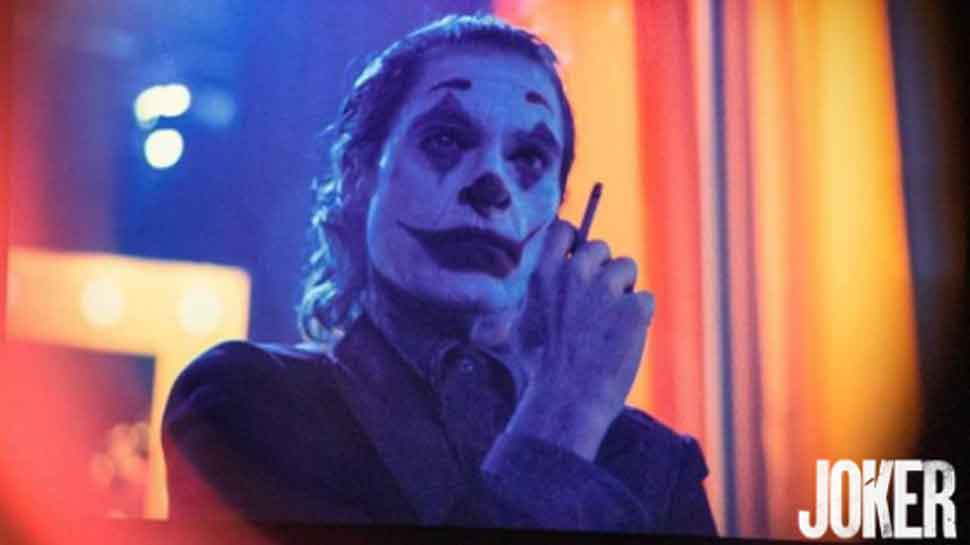 New Delhi: Joaquin Phoenix's latest outing 'Joker' is proving to be a winner. The film, which opened to mixed reviews, is performing remarkably well at the box office and has crossed the Rs. 50 crore mark in India.

Despite facing tough competition from Bollywood films including Hrithik Roshan and Tiger Shroff`s 'War', and Priyanka Chopra's 'The Sky Is Pink', the film has managed to come through with flying colours.

After closing week one on a high and registering a collection of Rs 37.50 crore, the film hit the 50-crore mark on the thirteenth day.

The film offers a new take on the origin story of the rise of Batman`s maniacal arch-enemy, painting a dark portrayal of a would-be stand-up comedian`s descent into madness.

While Phoenix has received rave reviews for his portrayal of the iconic Batman villain, the film has been facing flak amid fears that it could trigger violence. It opened the floodgates for discussion on topics ranging from mental health to gun control.

The film got an early Oscar buzz after winning the Golden Lion, the Venice International Film Festival's top award.

It also received an eight-minute standing ovation at its Venice Film Festival premiere.The film, directed by Todd Phillips, released on October 2 in India.

Meanwhile, Priyanka Chopra and Farhan Akhtar`s recently released film 'The Sky Is Pink' has been witnessing a decline in box office collection since its first day.

The movie has raked in a total of Rs. 11.80 crore. Despite all the hype, considering the film marks Priyanka's Bollywood comeback after a hiatus of three years, and it is Zaira Wasim's last film, Shonali Bose's directorial venture has not been able to perform well at the box office.