This film's narrative begins by introducing us to Tim Goodman (Justice Smith). 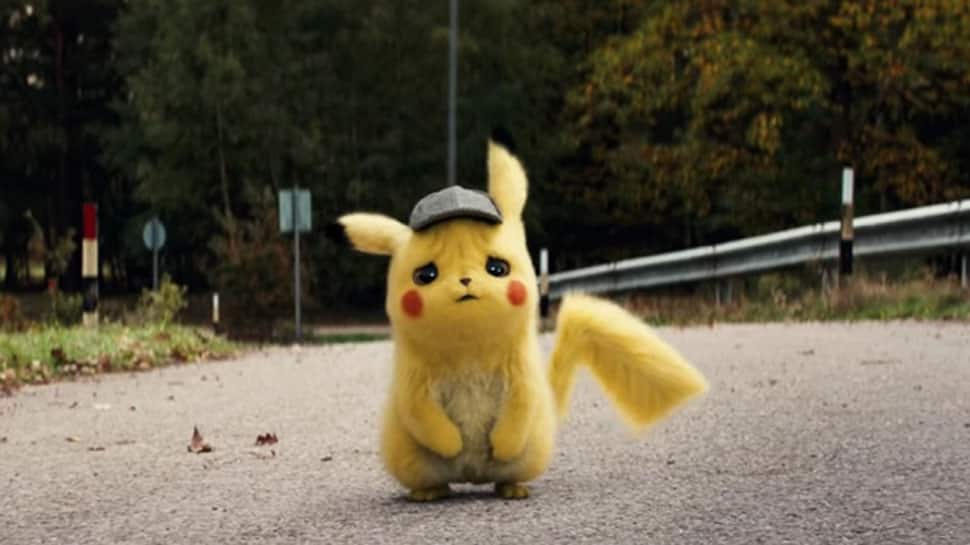 For those uninitiated, Pokemon is a media game franchise centred on the cute fictional pocket monsters. These creatures termed as Pokemon are caught by humans and trained for battle against each other for sport. The franchise ranges from card games to video games, manga to music and smartphone apps.

This film's narrative begins with introducing us to Tim Goodman (Justice Smith), an insurance executive who once wanted to be a Pokemon Trainer and is now not too keen on having a Pokemon partner.

After a mysteriously freak accident in which he loses his father, Tim lands in Ryme City, a neon-drenched futuristic metropolis, where Pokemons and humans live in harmony, side-by-side. Tim is here to collect his estranged father's belongings and much of the action of the film takes place here, where Tim's father once lived.

At his father's apartment, Tim meets his father's Pokemon partner Pikachu (voiced by Ryan Reynolds), a yellow and black furry rabbit-cum-rodent like Pokemon and at the same time he stumbles upon a mysterious vial that contains some purple fluid.

With the help of Pikachu and his father's neighbour, a wide-eyed and ambitious cable news intern Lucy Stevens (Kathryn Newton), Tim investigates his father's death and learns about the genetically-engineered Mewtwo, whose mystical powers threaten all within Ryme City. How he solves the mystery, forms the crux of the tale.

On the performance front, Justice Smith is sincere and obliging as the fairly dull and uninspired character Tim. Kathryn Newton accompanied by her Pokemon Psyduck, is charming as the plucky reporter Lucy. She brings a jarring cartoon-like enthusiasm to her role which makes her seem totally out of place.

The highlight of the casting is Ryan Reynolds, who with his vibrant voice makes the animated Pikachu interesting, cute and energetic.

Visually, with its noir-ish frames, dimly-lit cinematography and old school, visual elements, the film appears to be heavily inspired from earlier live-action-animated comedies. But the animations and CGI placed in the live-action setting, lack textural finesse.

Overall, director Rob Letterman's Pokemon Detective Pikachu, is not an unpleasant experience. But with a plot that is absurdly ridiculous, chaotic and lacking punch-packed Pokemon moments, the film is definitely a disappointing fare which even fans of the franchise would agree.

But if your only goal here is just to see a stack of Pokemon characters brought to life with CGI effects, this film is worth your ticket price.