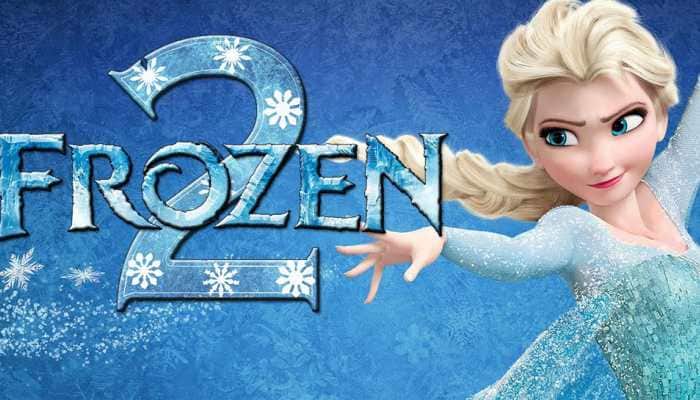 The second part of the franchise promises to be more intense as it traces the pasts of Princesses Anna and Elsa, essayed by Kristen Bell and Idina Menzel, respectively, and piece together their present. Wood and Brown have a role to play in solving this mystery.

Directors Chris Buck and Jennifer Lee, who is also Chief Creative Officer at Walt Disney Animation Studios, opened up about "Frozen 2" at the D23 Expo here on Saturday, saying the film will answer questions like "why does Elsa have powers, but Anna doesn't?", "Where did Elsa get her powers?" and "Where were Anna and Elsa's parents going when they died?"

Wood's Queen Iduna avatar will be seen in flashback moments in the film, with her singing a lullaby to her daughters.

Brown as Lieutenant Matthias, the leader of a group of Arendelle soldiers, who have been trapped for 30 years in the enchanted forest, appears in the present. A short clip of Matthias having a conversation about his past with Anna was played at the expo.

Lee called the film's enchanted forest video clip as "a place of transformation where change comes for you whether you like it or not".

"Relationships are tested, everything you thought you knew proves to be wrong, powers that were once too strong for the world are suddenly not enough, and it's easy to get lost," she said.

Buck said: "We can't tell you whether they solve the mystery of the past or whether Elsa ever finds the answers about her powers, but we can tell you that ‘Frozen 2' is even bigger and more epic, but most importantly, in the end ‘Frozen 1' and ‘Frozen 2' work together to form one complete story."

The sneak peek videos promise that the film will take the audience to another intense adventure, and establish a deeper and closer relationship with the characters.

There's a clip showing how Elsa is fighting an urge to follow a strange melody, which is attracting her. In a new song, "Into the unknown", Elsa hints that she has heard this voice before in her life, and expresses her conflict in deciding whether she should follow the voice or not.

Kristen Anderson-Lopez and Robert Lopez, who shared the 2014 Oscar for the music of the first film, are working on the score for the sequel as well. Composer Christophe Beck is also returning.

The session ended on a musical note with Idina Menzel, Kristen Bell, Josh Gad, and Jonathan Groff taking the stage to sing "Some things never change". The film will open in the US in November this year.