Taron Egerton shares about his transformation process for Rocketman

The 29-year-old shared his special moments of starring in the film and how he personally felt to transform into the 72-year-old icon. 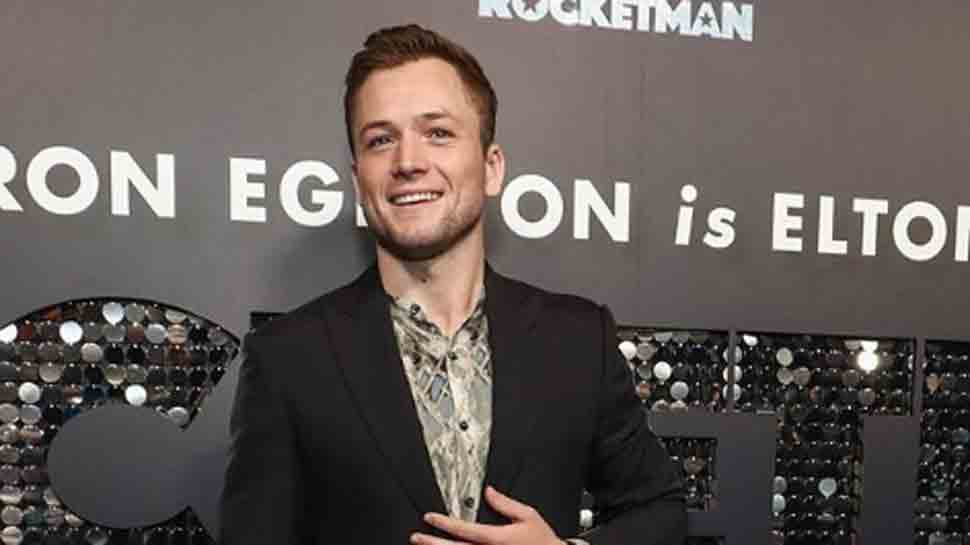 Washington DC: Besides nailing his performance in the movie 'Rocketman', British star Taron Egerton underwent a lot of transformation and sacrifice to become 'Elton John'.

The 29-year-old shared his special moments of starring in the film and how he personally felt to transform into the 72-year-old icon.

The whole process was quite exciting for him. However, he did not really enjoy one major part of the hair and makeup. "I can remember the day we first did those things to my hair," he explains regarding the beauty transformation, which was developed over months.

"For the '70s period in the film, we used my own hair in the hope of achieving something very natural. We dyed my hair, we thinned it out and we shaved my hairline up [sighs] further than it already is," said Egerton, according to E Online.

Despite not enjoying the process of getting his hairline shaved, he believes that it helped him in getting into character. "But it was great really. I found something quite exciting about transforming the way you look a bit, especially as an actor, because it makes you feel different. So whilst I didn't relish having my forehead bicked every day, because I was worried it wouldn't grow back, it works really well in the movie", he said.

The British star jokingly added, "Which is sort of fine a lot of the time, but it's a bit of a pain when you're going to dinner or something, but it's alright. What can you say? It's all for the art."

Other then the alteration process, he reveals Elton John let him read his diary. "That was such an exciting thing... absolutely hilarious as well. They are so funny, "he said.

According to Taron, he is an example of what the diary entries are like and described they were very economically written.

'Rocketman' is the musical rendition of the iconic singer's breakthrough years.

Directed by Dexter Fletcher, Lee Hall has penned the screenplay of the epic musical. Elton and his husband David have produced it with Lawrence Bender, Adam Bohling, David Reid, and Matthew Vaughn.

'Rocketman' was screened at the 72nd Cannes Film Festival.

The Goldfinch: Check out the emotional trailer for the film based on Donna Tartt's novel