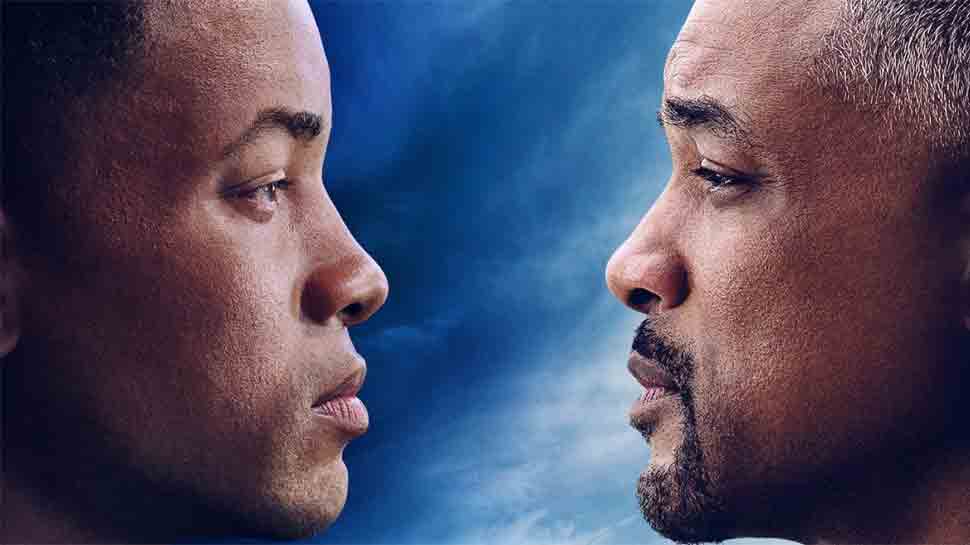 Los Angeles: Actor Will Smith says it was freaky to watch a younger clone of himself get created for his upcoming film 'Gemini Man'.

"Gemini Man" features Smith playing two different characters -- a 51-year-old assassin and the 23-year-old assassin out to kill him. Academy Award-winning filmmaker Ang Lee has used cutting-edge visual effects to create a young clone of Smith for his film.

"When I first saw it. It was freaky. It was me," said Smith of his game-changing dual performance.

"I was looking at the perfect 23-year-old version of me, like somebody took all the flaws out. It's cinematically astounding. This is going to change how movies are made, and how movies are seen," he added.

Smith`s younger self is a fully realised digital human. In fact, the pair did hand to hand combat on screen.

"This is not de-ageing, this is not face replacement -- Junior is a completely digital creation, 100% driven by Smith`s performance capture," said VFX supervisor Bill Westenhofer.

To this, producer Jerry Bruckheimer added: "You`re looking at Will looking at himself, 30 years younger. That`s a phenomenal experience for an audience."

"Gemini Man" is an innovative action-thriller starring Smith as Henry Brogan, an elite assassin, who is suddenly targeted and pursued by a mysterious young operative that seemingly can predict his every move.

The film is produced by Bruckheimer, David Ellison, Dana Goldberg and Don Granger.

The film also stars Mary Elizabeth Winstead, Clive Owen and Benedict Wong. It is slated to release in India on October 11. The Paramount Pictures movie will be distributed in India by Viacom18 Motion Pictures.

Talking about the movie, Lee said: "This is another dimension, something we`ve never experienced before."

The director has embraced the action possibilities, using the term `Bike-Fu` to describe a bike chase in Cartagena in which the audience will get to witness both the Smiths using motorbikes as weapons against each other.

"Ang is making a leap forward that no other director has even tried to do," said Bruckheimer.

Lee and Smith are happy that they got to push themselves with the film.

"I couldn`t have played Junior at 23 years old. But now I`m able to because of the amount of experience I`ve had," Smith said.

To this, Lee added: "I found a new Will Smith."

Preity Zinta celebrates 18 years of 'Dil Chahta Hai'; calls it one of her favourite films