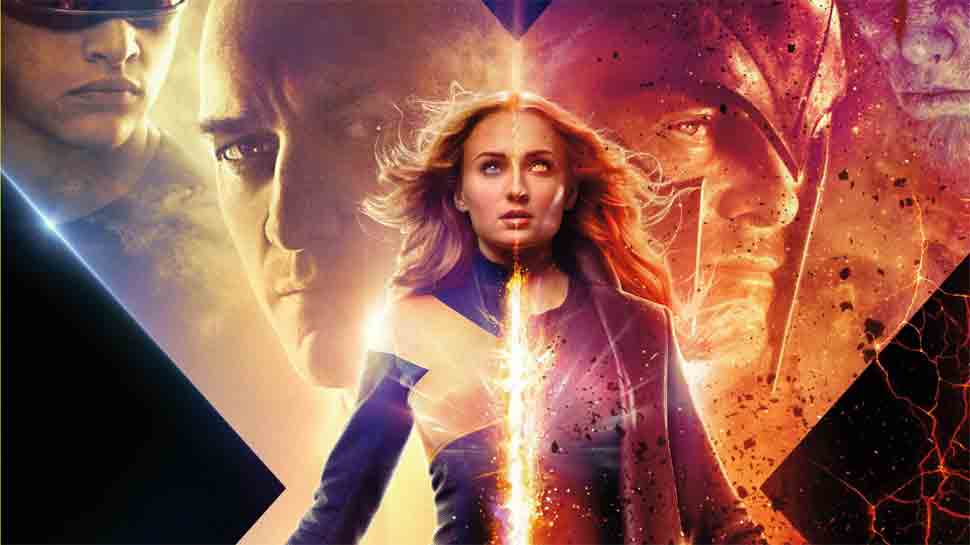 What works for "X-Men: Dark Phoenix" is the simplicity of its narrative, but for its franchise fans this would be a disappointing issue.

Dark Phoenix is the twelfth and final instalment of the successful franchise that began in 2000. It tells us how during a mission into outer space, under the leadership of Raven aka Mystique, Jean Grey, the young student of Professor X aka Charles Xavier, absorbs a mysterious cosmic force that amplifies her telekinetic and telepathic powers to unimaginable and dangerous levels.

It is only in her pursuit to realise who she is, and when she connects with her father, that she realises Professor X has been lying to her. How she turns into the rogue Dark Phoenix and she fights the X Men, forms the crux of the narrative.

Unfortunately, the thread of this plot, which was used as a half-baked sub-plot in the 2006's X-Men: The Last Stand, now finds itself in this less meaningful, twisted continuity. The plot is character-driven. With just one central story line, which is easy enough to follow, the plot lumbers gracelessly from one plot point to the next. The story appears weak and thus makes the viewing tedious for an action thriller.

Also, Dark Phoenix's lack of imagination is all the more disappointing because it shines of promise early on. Its first act promises two interlocking character journeys with rich thematic potential: one of a woman realising her rage at what has been done to her, and other of a man facing up to mistakes he make with the best of intentions.

Sophie Turner puts all her energies into her performance as Jean, but can only do so much to elevate the stilted dialogue and muddled character motivations she hes been given.

James McAvoy as Professor X does a capable job of delivering slightly better material, but is short changed by the film's divided attention.

The other characters, including Nicholas Hoult as Beast, Jennifer Lawrence as Mystique, Tye Sheridan as Cyclops and Michael Fassbender as Magneto, are just there to serve as props. They are sincere, but perfunctory in performances.

While Jessica Chastain as the shapeshifter villain proves her mettle, her alien leader is terribly underdeveloped and the rest of her cohorts are a bunch of well-dressed yet indistinguishable baddies, there merely as fodder for fight scenes.

The fight scenes are engaging. They comprise many astutely choreographed action sequences, but are neither thrilling nor bring any novelty to the table. Also, there are no memorable soundtracks, not even a detectable sense of humour.

Overall, while the film is neither bad nor upsetting, it's just there, mechanically retelling the Marvel Comic Story that is never going to go places.

'Jungle Cry' is the story of underdogs: Abhay Deol