The India Meteorological Department (IMD) on Wednesday predicted light rains along with thunderstorm from March 25-27 in the Delhi-NCR region. As per the IMD, two western disturbances will affect the North-West India and Delhi-NCR. 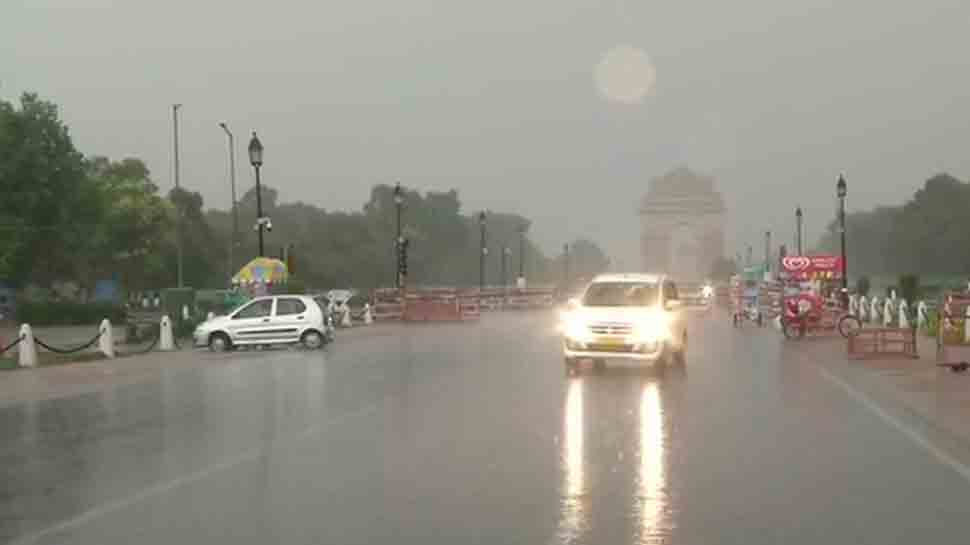 The India Meteorological Department (IMD) on Wednesday predicted light rains along with thunderstorm from March 25-27 in the Delhi-NCR region. As per the IMD, two western disturbances will affect the North-West India and Delhi-NCR.

Due to the first western disturbance, currently effecting Delhi-NCR, a thunderstorm with light rain will occur on Wednesday night.

The effect of the second western disturbance will start on March 26 (Thursday) evening or night with light rain and thundershower. Its impact will be at peak on March 27, when dust storm and thunderstorm accompanied by hailstorm and gusty winds of the order of 35 to 45 kmph will prevail over Delhi-NCR towards the evening.

The second western disturbance will move eastward on March 28 leading to a decrease in rainfall activity and a rise in maximum temperature by 2 to 3 degrees by March 30.

Under the influence of this, intense thunderstorm accompanied with moderate rain (with isolated heavy rain) would occur over Jammu and Kashmir and Himachal Pradesh during the evening of March 26-27.

A moderate dust storm or thunderstorm accompanied with hail and gusty winds 40-50 kmph would occur over Punjab, Haryana, west Uttar Pradesh, north Rajasthan during on the night of March 26-27. Thunderstorm, hail with moderate rain will also occur over Uttarakhand on March 27.